Bike Rack or Sculpture or ? 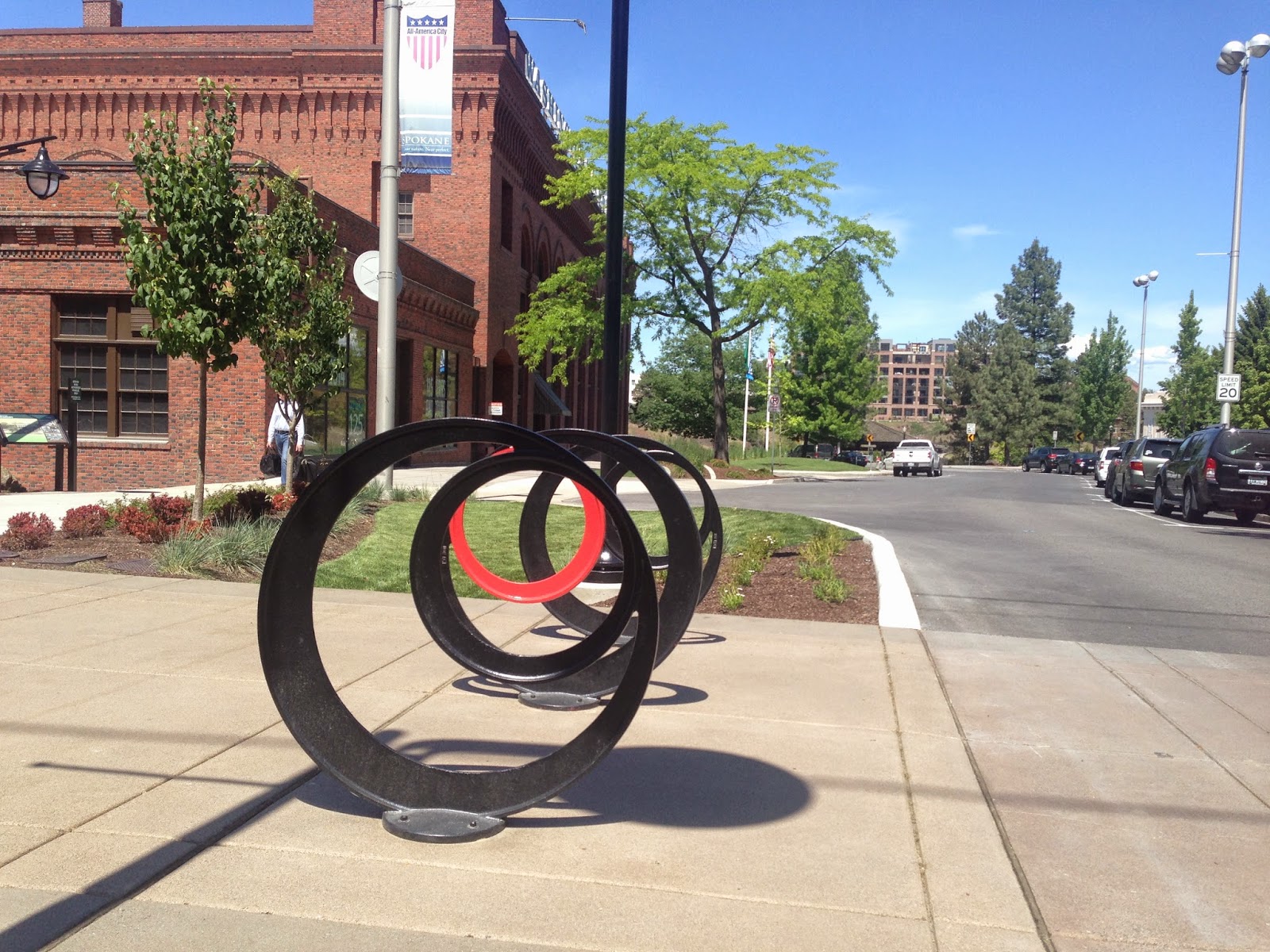 When they were building the new yet-to-be-named City Hall Plaza I saw these red and black sculpture/rack type objects and thought nice bike racks. Also, thought hmmm, not many good spots to clamp a U-lock onto one. Then I saw they're placed in the walkway between the plaza and Riverfront Park.  It seems like bikes locked to the objects would get in the way, so I decided they're not racks but sculptures instead. I've also seen bikes locked up to them, so maybe they are also meant to be bike racks or other people are confused by them also.

Nearby at the Post Street entrance to City Hall is one of these bike racks that are also in a couple other spots around town: 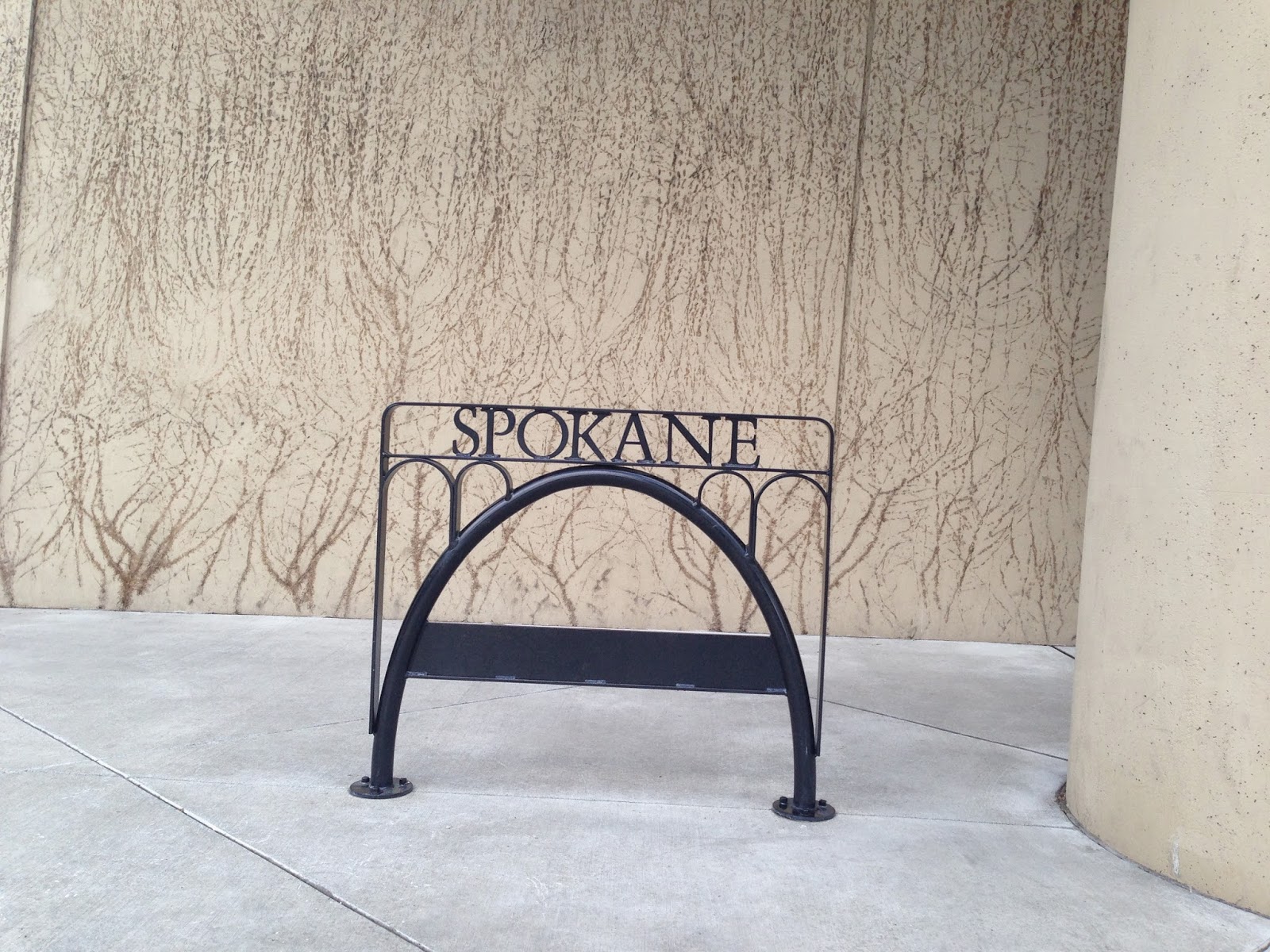 These are nice sturdy racks that also double as sculpture. Of course, my second thought after seeing one of these was, hmmm, not any good spot to use the shorter U-lock that I usually carry with me - hard to see in this picture, but the tubing and flat parts are about 4" wide. I'm not sure if many bike rack designers are aware of U-locks or take them into consideration when designing racks.  They definitely haven't heard of the Sheldon Brown locking method.

Then I was riding home along Summit Blvd where they're working on the new Centennial Trail extension section, and spied this: 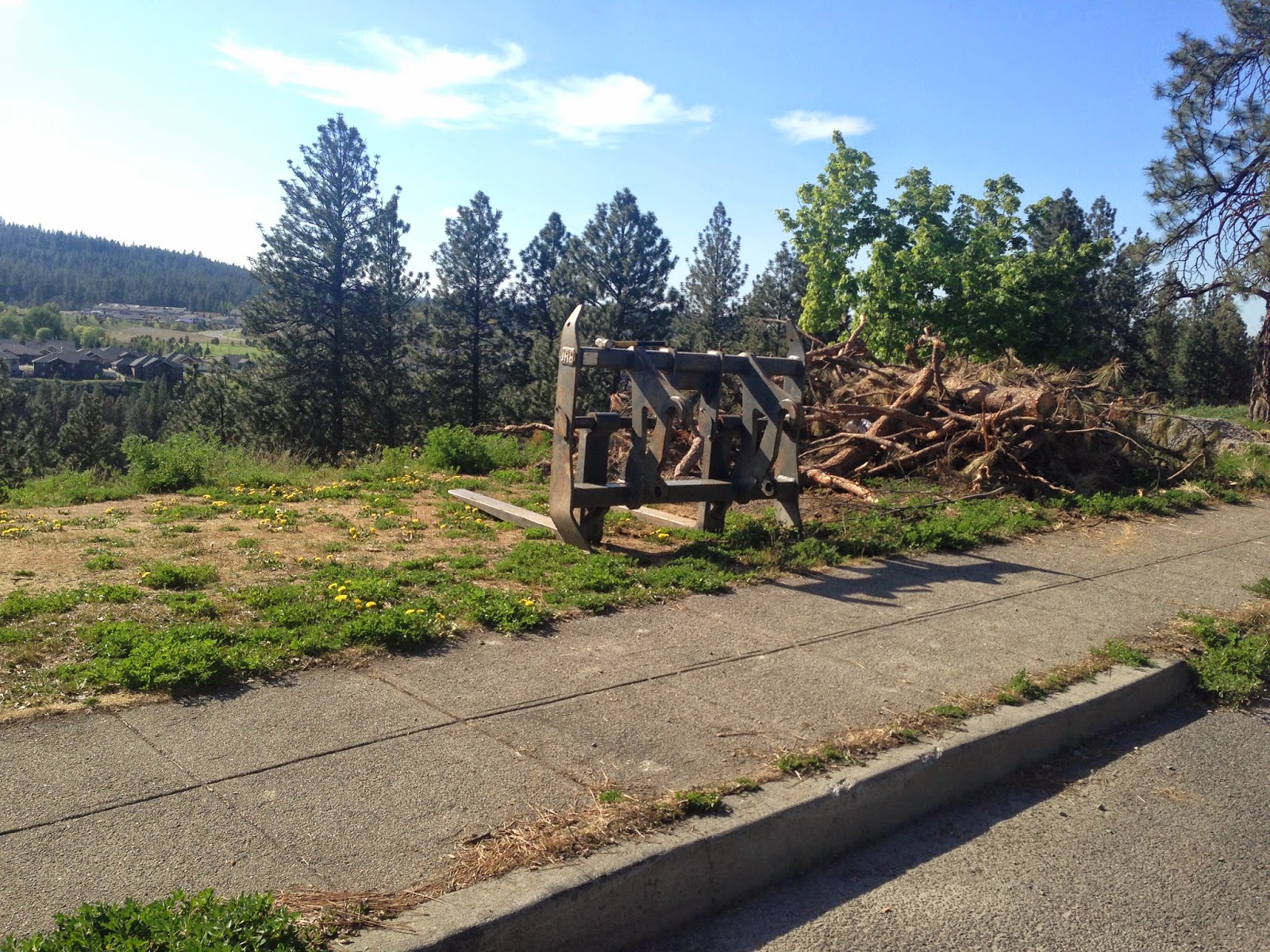 I thought they were putting some new bike racks in at first, until I got closer and saw it was a piece of heavy equipment.  I think I am due for an eye check-up. It would make a cool re-purposed bike rack, though, but it'd also be difficult to use with a U-Lock.
Posted by Wileydog at 6:28 PM