I re-visited the trail today that starts at the corner of Summit Blvd and Boone Ave and goes down the hillside to TJ Meenach. The city, I think, is going forward with the project to close the Centennial Trail Gap from Boone alongside Summit Blvd to Pettet Drive (*see below at end). I wasnt too sure about the plan at first and was halfway against it, but I’m all for it now. I’ve also had other ideas: wouldn’t it be great to smooth out and re-route this trail down the hillside to make another connection from the Centennial Trail to TJ Meenach Bridge. 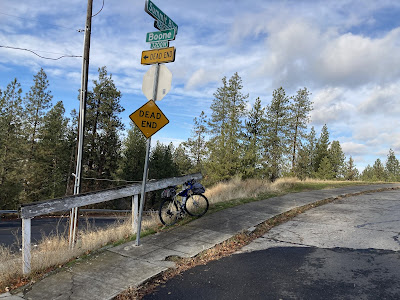 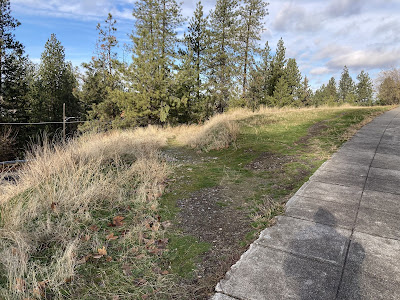 It was just as I remembered: a nice wide smooth dirt trail said to be an old rail bed that quickly descends into a narrow single-or-less track, up and down, often rocky, semi-evil trail. Un-rideable in spots, especially on my Vaya with slick 47m street tires on it. I was going to take a Fargo with 3” tires but wanted to stop at REI to make an exchange so took the ol’ touring bike and wore flat thin no-tread Chrome shoes. Highly not recommend. 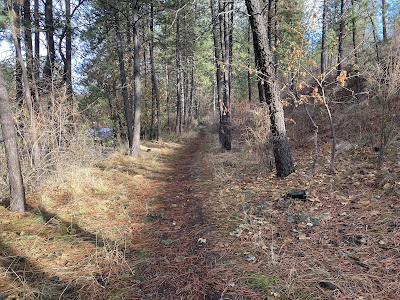 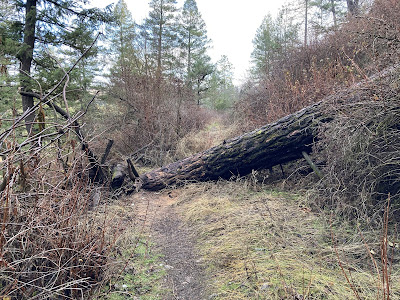 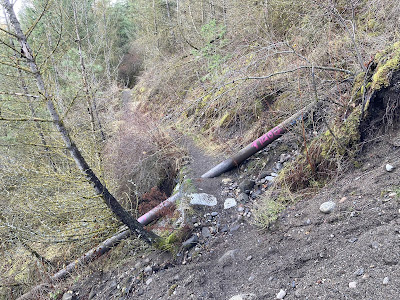 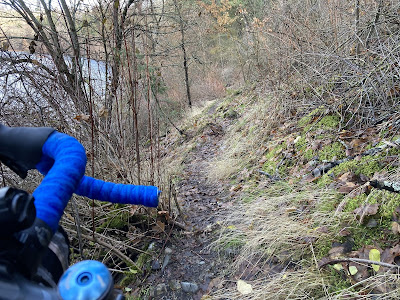 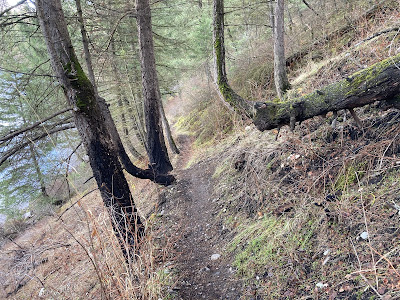 As I mostly walked down the trail, I looked up the hillside for any sign of an old rail-bed but didn’t see any remnants of one. I figured it washed away long ago. I had dreams of carving out a nice upper trail, but saw a couple No Trespassing signs up the hillside. I thought this was all city land so I made a mental note to check on the ownership.

After some slipping and sliding down I made it safely to the smooth wide trail on the other end, and to the Centennial Trail alongside Pettet Drive. 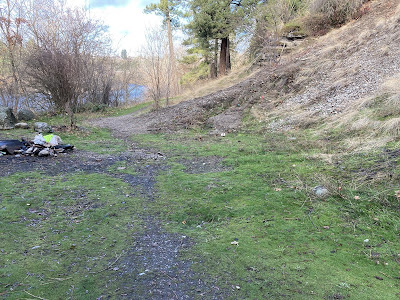 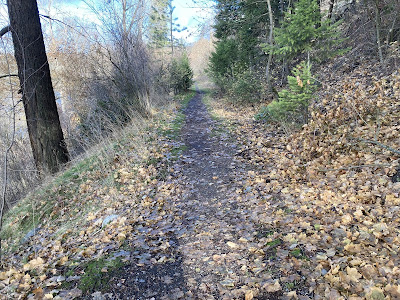 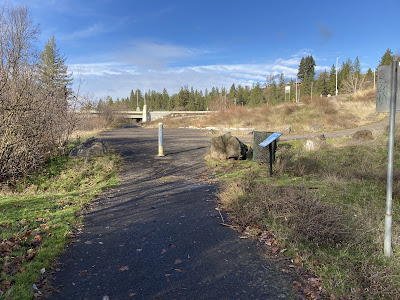 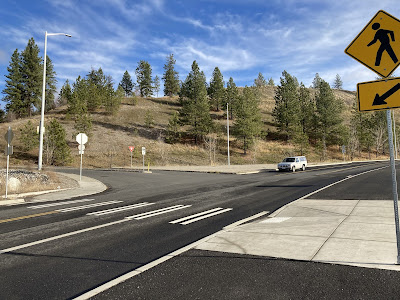 Here’s a screenshot of my Ride with GPS track 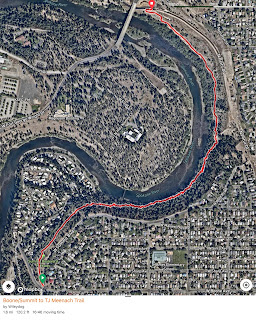 I was dismayed when I got home and discovered the middle section below the homes on Mission Ave and West Point Rd was all owned by the homeowners. Their parcels go all the way down to the river! 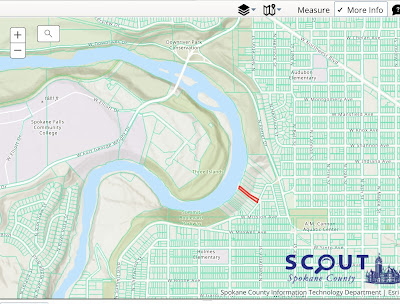 Land on either end is owned by the city, but there goes my grand trail building dreams.

*The City’s project page says the city expected to advertise the project for bids the week of October 26th once authorization from WSDOT was received. The Bid Project Schedule has an estimated 11/01/2020 ad date. I emailed and they responded the project hasn’t gone out for bid yet and they would check with the engineer on it.

Posted by Wileydog at 6:30 PM No comments: