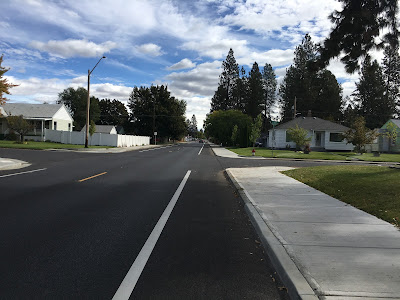 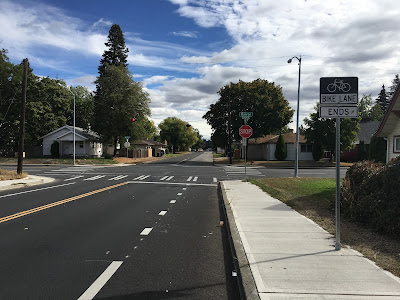 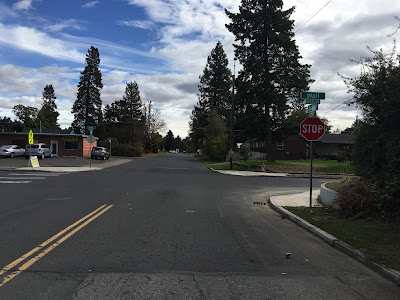 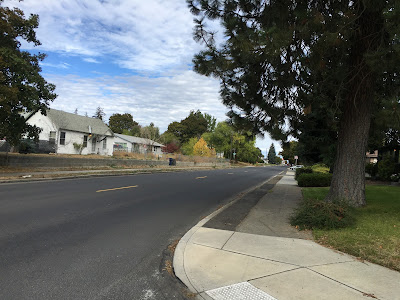 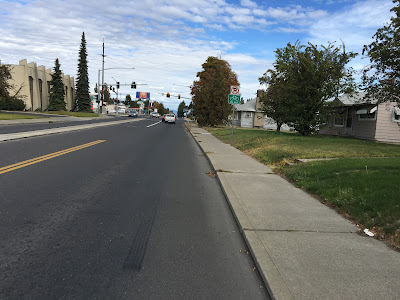 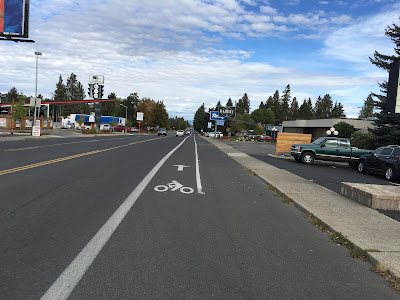 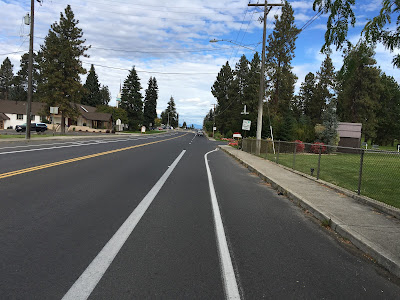 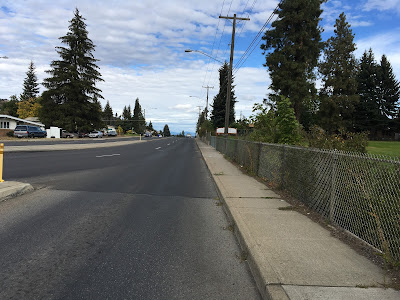 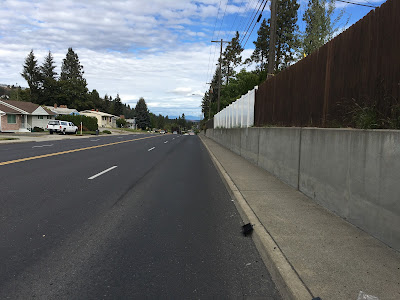 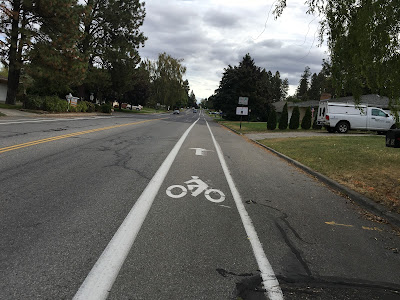 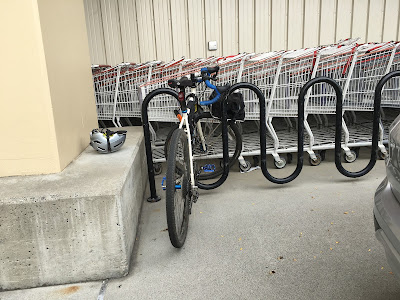 A few years ago I was bit by a dog while biking home. The dog took me by surprise and moved in on me pretty fast.  I didn't have any time for the usual avoidance tactics - turn around or away, hop off the bike and get it between me and the dog.  It just came in low with its head down and bit me on the lower leg.

After that, whenever I came across a loose dog in the street I'd turn around if I had time, or jump off the bike and use it as a shield.  If the dog owner was around, they'd think I was crazy.  After all, he's a friendly dog and has never bit anybody.  (Which is what they usually say just before their dog bites you.)

Over a year later, I was still skittish near loose dogs while biking.  Then one day I was biking at Palisades Park, heading towards a couple with a loose dog.  The dog didn't run up to me, and I rode  by them without incident.  After that I started to feel better when coming across dogs on the trail, but still wary. Some dogs just walked by at the side of their owners, others though would have to run up to me, and I'd either stop and let them sniff me, or try to keep riding by.  I'd still get irritated with the people who didn't have their dogs leashed, especially those who made no effort to call their dogs back, or would yell "oh she's friendly, she doesn't bite".

Then I became one of those dog owners. I take our dogs walking in the wooded area behind Joe Albi Stadium and next to the cemetery. Lots of folks do, some leashed but most not. It's a bit of an unofficial dog park. I kept them on a leash for a long time while walking out there. Then I starting letting them loose but leashing them as soon as I saw a biker, runners or other dogs.  Then I found our dogs got along with the other loose dogs and loved running free.  I became a bit more relaxed about it.  Then of course when I wasn't paying close enough attention, they ran up to a couple mountain bikers on a narrow trail. Now, they're not big dogs, but they can be wild and noisy. I could see somebody might crash trying to avoid them. The bikers weren't  concerned and I ran up and corralled them, said I'm sorry. I made sure I didn't say they don't bite!

I started becoming more tolerant of loose dogs.  Biking on the South Hill bluff trails earlier this year there were lots of loose dogs, and it was just part of the trail conditions. I just expect them on the trails there and at Riverside State Park now.  Not that they can't be or aren't a problem, and there is a leash law.

I'm more bothered by loose dogs on the Centennial Trail or city streets and only once this year I've been worried or frightened by dogs. There's a guy who frequently walks his 3 or 4 loose dogs by the Centennial Trail on his way down the ridge. Back in June I saw them up ahead and I attempted to take a side trail away from them. They spied me and came running after me.  I rode through the pack, yelling at the guy to get your fucking dogs off of me!

This brings me back to tactics. That time I chose to ride through them, instead of stopping and waiting for the owner to get their dogs, or use the bike as a shield. I have pepper spray in my bag but it's not easy to get to. But a year or so ago I read this blog post over at the Bike Shop Hub - Dealing With Dogs.  It's a good article and includes a Mark Twain story - always a plus. The writer's advice is:  ride towards the loose dog. Aim for the dog.

In the year or so since I'd read this, I never had the presence of mind to try it out. I was always too startled by the dogs when they came running towards me. Finally, last week on the Centennial Trail past Kendall Yards a dog came running up to me and I remembered - bike towards it, aim for the dog!  The dog got a confused look in its face, and stopped just in front of me. I wasn't sure what its reaction would be once I got close to it, but it just stood there. I had to brake so that I wouldn't run into it. Woo hop, it worked.  Then a couple days later who'd I see up ahead? That guy and his loose dogs. One came running up to me and I headed towards it. It stopped and went wtf?  As I rode by the guy he just gave me a sideways look. Probably hasn't had anybody try that on his dogs before.

So this is my new tactic on dogs that I'm not sure what they're going to do. If they're just walking next to their people or not coming towards me, I let them be. If they're running towards me and there's no way to avoid them, I'm aiming for them.  It may seem counterintuitive, and put you closer to the dog's teeth, but they're not expecting it. Seems to work for me.
Posted by Wileydog at 8:26 PM No comments: