hope you're not on dial-up, there's lots here.

a great dog in front of an ugly blue/orange bike - late August at Priest Lake.  Debbie finished the Priest Lake Triathlon during the time of the forest fires nearby 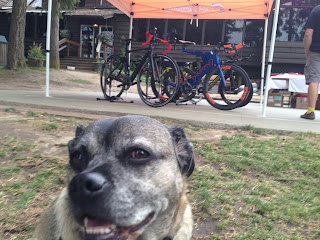 Priest Lake in the morning - a surprisingly clear picture given the fires nearby. Hill's Resort.
I took the Fargo along and checked out the trails near the resort.  I was a bit nervous out in the woods by myself, wished I'd brought along bear spray. 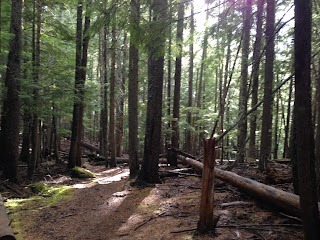 did i already post this in one of my bike rack theme posts? at the blackbird 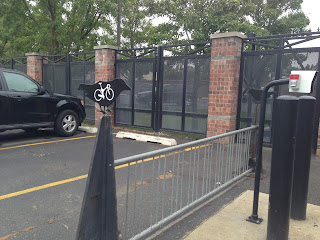 no lock? try the ol' hide your bike behind the planter trick 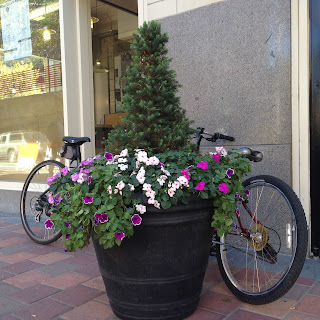 the trail between Joe Albi Stadium's back parking lot and the Cemetery. yup, i'm one of those dog walkers.  let the dogs get a little too far ahead of me, and they came across a bicyclist. luckily they were ok.  I've become more tolerant of loose dogs out on trails, still don't like them in the city. am going to take the bike with the dogs next time and see how that works out with these hellions. 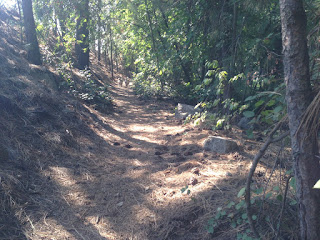 my fargo out at riverside state park. OutThere monthly has a deal called backyard booty, where they hide some swag in the outdoors.  I found a feather... 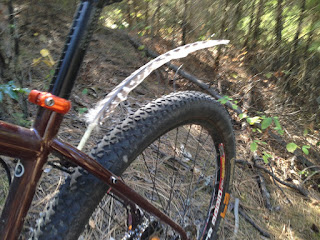 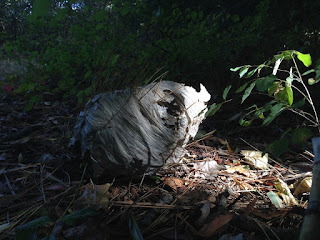 scouting out a trail above aubrey white parkway, i was looking for a way to get from the merkel trail to the bowl and pitcher without riding on the road. not real feasible as far as i can tell. 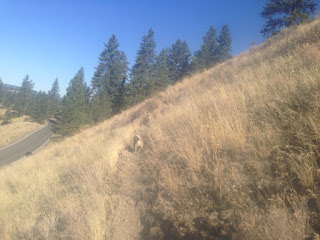 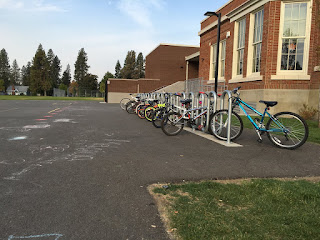 new bike lanes with a buffer zone going down on main ave. some cyclists hate them because they are to the left of parked cars, and they're not a separated, protected bike path with the cars on the left blah blah blah. i don't have any big beef with them - i think it's the most financially and politically feasible solution. not entirely sold on the separated paths for downtown, anyway. 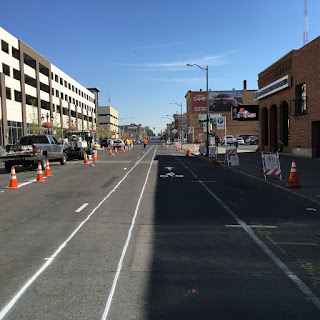 i was looking for a good route from home to the future trader joe's at Franklin Park shopping center. found it'll be very easy - just head north to Rowan and take it east to Franklin Park. then either cross division on the other side of the park, or cross at central. anyway found this bike route sign at the end of rowan before the park. have not found the bike route it speaks of. interestingly, there's another one on the other side of the park at division and rowan. 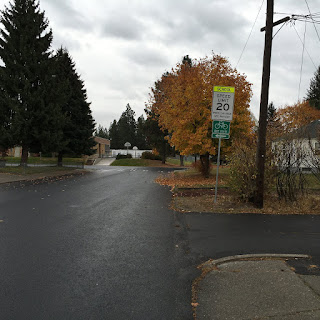 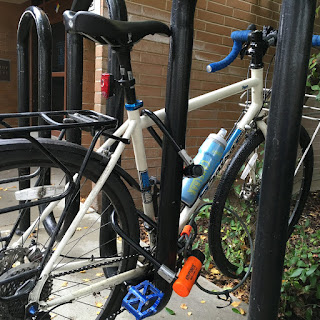 so, spokane has a sit-lie law which makes it illegal to sit or lie on the sidewalks downtown (unless you're camping out at the apple store, waiting for the new iphone). found out it's also illegal to sit on the planters on wall street, the so-called pedestrian plaza. i was hanging out after work, waiting for the city council meeting on the john wayne pioneer trail, when a police person approached me and advised me so. i took my time leaving. don't get me started on the smokers on wall street, some of them my co-workers. 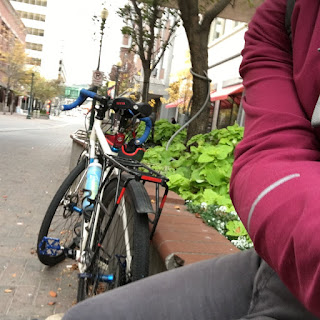 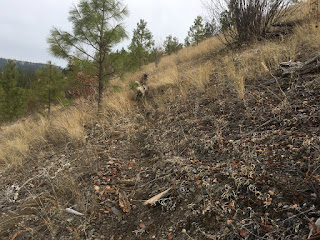 more bike rack pics. this one at river ridge made out of pipes. 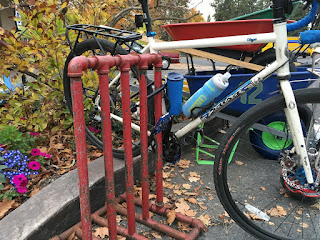 the huffy rides again. at walmart. 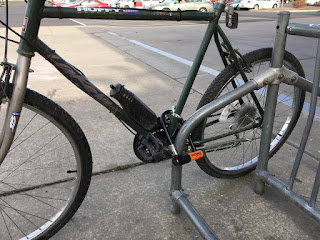 my favorite bike rack pic. if you look closely you'll see the little chain securing (ahem) the rack to the post. at rockwood eye clinic. 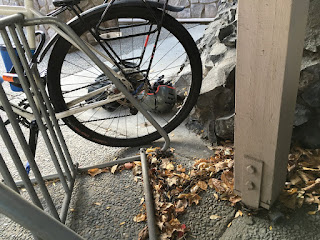 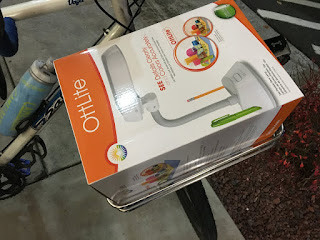 more exploring trails or potential spots for trails in the merkel/albi/cemetery ridge area. have visions of more trails near and connecting to the merkel trail. 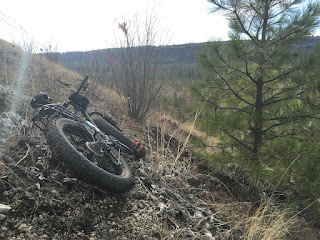 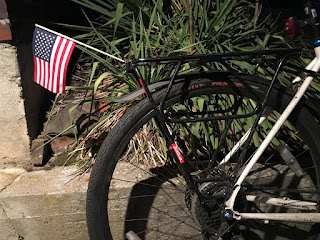 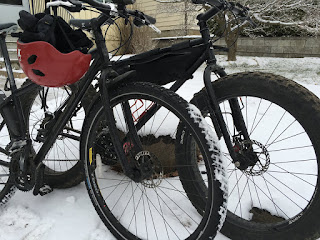 after years of complaining, i finally finally broke down and got a longer seat post for the marin. the seat post bolt wasn't holding anymore so sorta had to. now for a new seat. 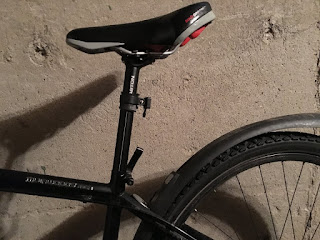 and now we are mostly up to date in wileydogland: saturday on the merkel trail. woo hoo! 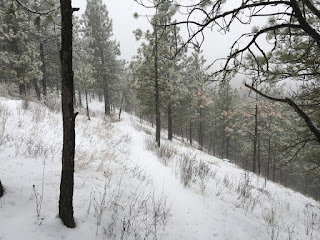