Now that it's cooled down out here, I did some bikexploring with the Fargo on Saturday from the Columbia Plateau Martin Rd Trailhead. After studying my DeLorme Atlas, the plan was to head a few hundred yards north to Cree Rd and take it down to Dewey Rd, to Cordell Rd, then to Mullinix. Then I would follow Belsby down to Hole-in-the Ground to Rock Creek, Pine Creek and the John Wayne Pioneer Trail like I did last year (Martin Rd Trailhead to John Wayne [gps]). I wanted to make a loop, trying to add a few more miles than last year, but ended up with an out and back with slight variation on the way back.

Well that was the plan.  There's a funny thing about the atlas, gps and actual on the ground road signs - they don't always agree. And it's awful hard to read tiny gps map screens in the bright sunlight with old eyes. I missed the first intersection on the Lincoln-Whitman County line, neither road sign had Cree on it and I went east instead of west. Link to the actual gps of the ride. The map and gps call the road I took Stoner Rd, but I it was signed in a couple spots as Swift Rd. I'll have to go back and check at this intersection as not sure if I have it straight now.

This worked out pretty good as Stoner Rd becomes a rough dirt and rock road akin to the gated off Dunn Rd/Summer Road of the Midnight Century. A little too rough for most vehicles in spots, but perfect for 2.2" mountain bike tires.

Back to the start:

There must have been a hole in the barbed wire fence as I came across a calf on the road that took a little run at me, and then a group of 10 or so cattle loose on the road. Thought I was going to have to turn around. They panicked and tried to jump back over the fence, and then ran up the road ahead of me. 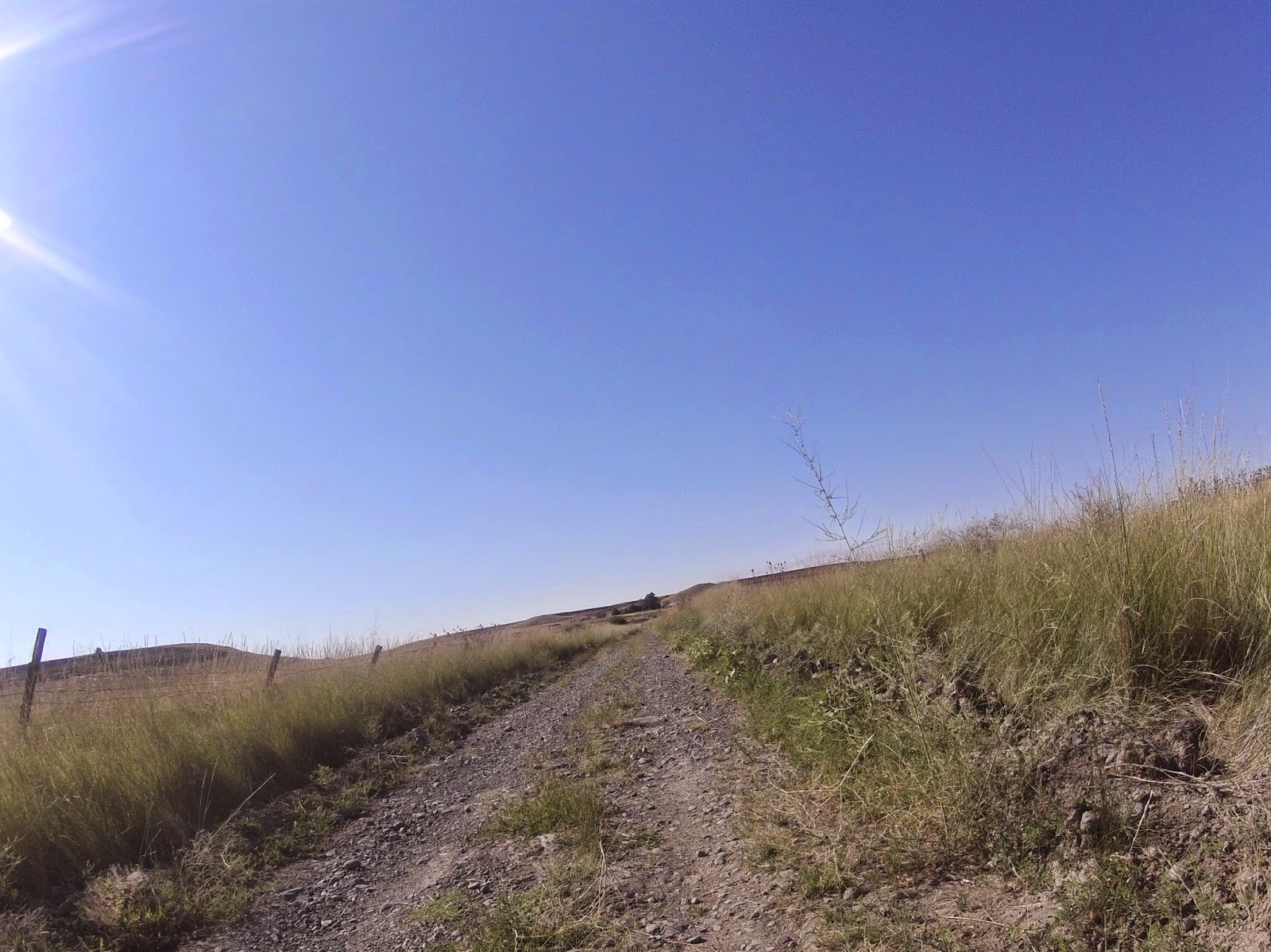 The road is just a stone's throw away from the Columbia Plateau Trail in spots, and I remember we stopped for a rest by this road on our trip last May. I was tempted to stay on Stoner to see where it goes, but turned left on Dewey instead. I saw afterward Stoner/Swift will take you into Lamont.
Munson Rd. It wasn't in the plan, and I wasn't sure where it went, but I had to take it. 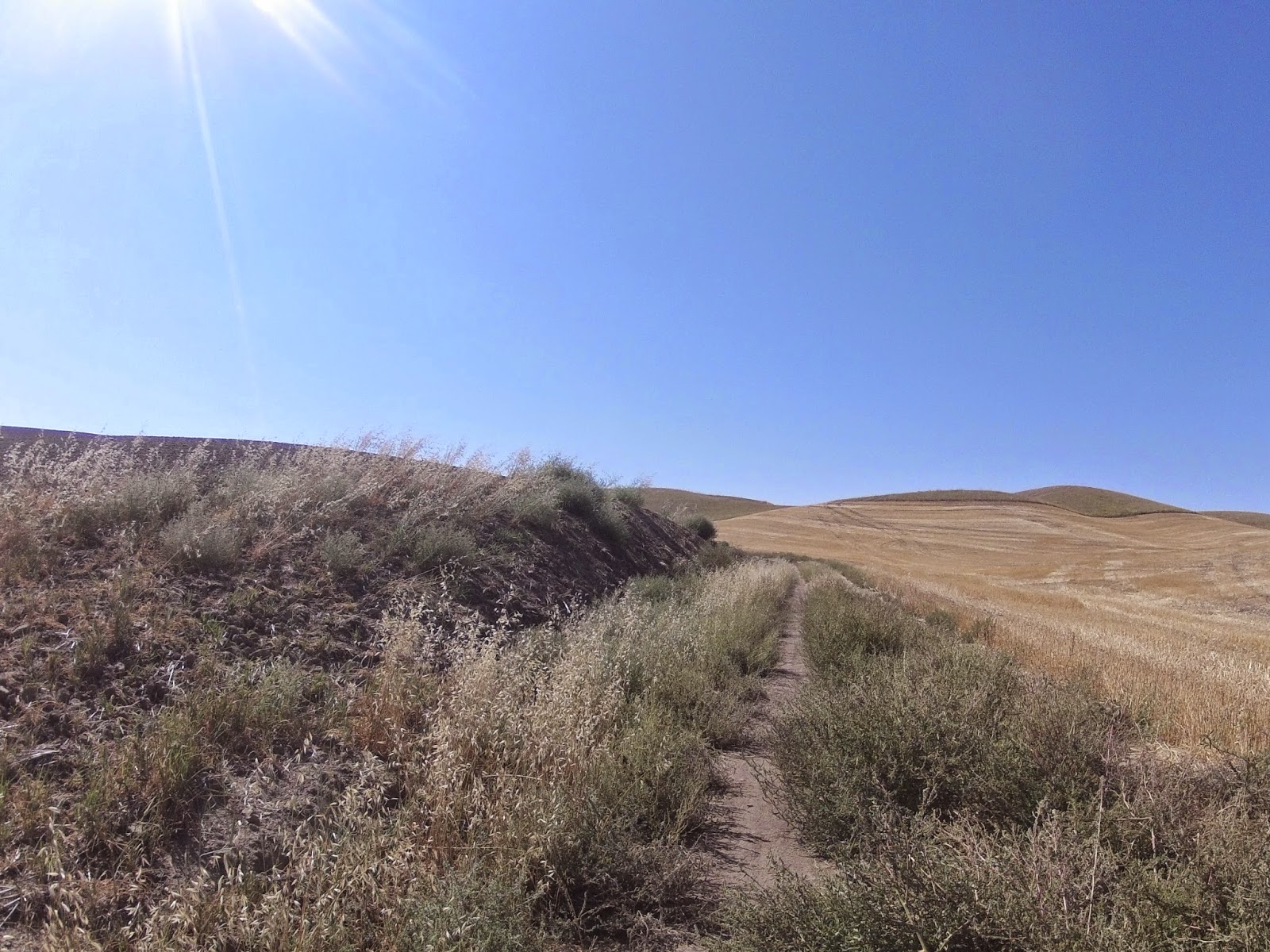 It finally popped out on Rock Creek Rd and after I got my bearings, determined I was way further east than I wanted to be. Rode northwest on the paved Rock Creek Rd before backtracking on Munson Rd back to Dewey. Rock Creek Rd wasn't the type of ride I was looking for. Also, may not have had my helmet and felt a bit vulnerable. Hardly any traffic, though.

Back on Dewey, passed Cree Road after awhile and so was back on plan, looking for Cordell.
I had been out for over a couple hours and didn't feel like making this an all day trip, even though I wanted to ride down Belsby, so instead took Mullinix to Martin Rd (Williams Lake Rd) back to the trailhead. Martin is a narrow paved road without a shoulder - think a more roundabout way back down Spuller to Dewey to Cree looks promising.

Think will head back out in a couple weeks, getting an earlier start and follow the same way down Cree to Stoner to Dewey, skip Munson and head down Belsby.  I like exploring these gravel and dirt roads in this area - the only problem it's an almost hour long drive to the trail head. 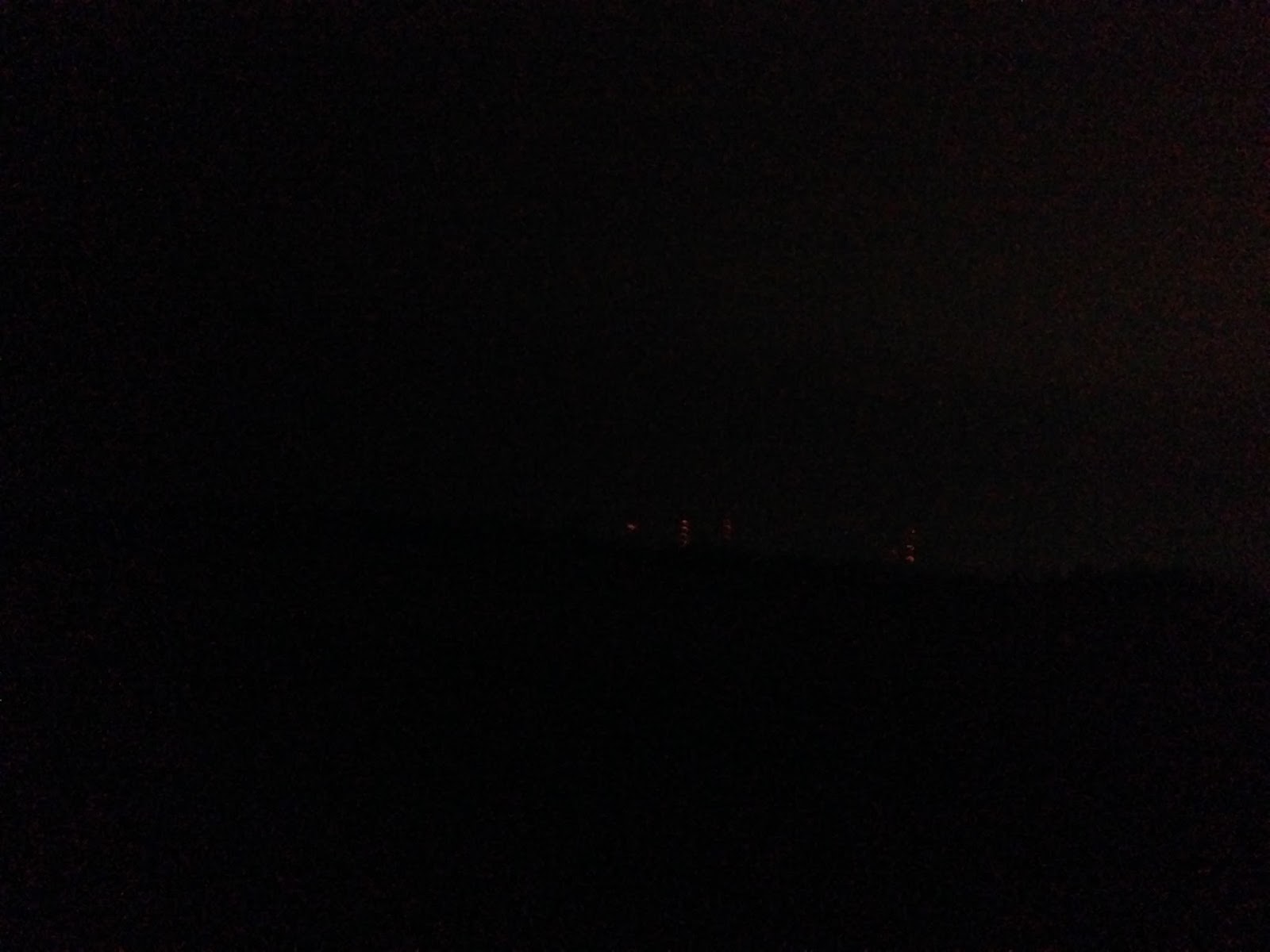 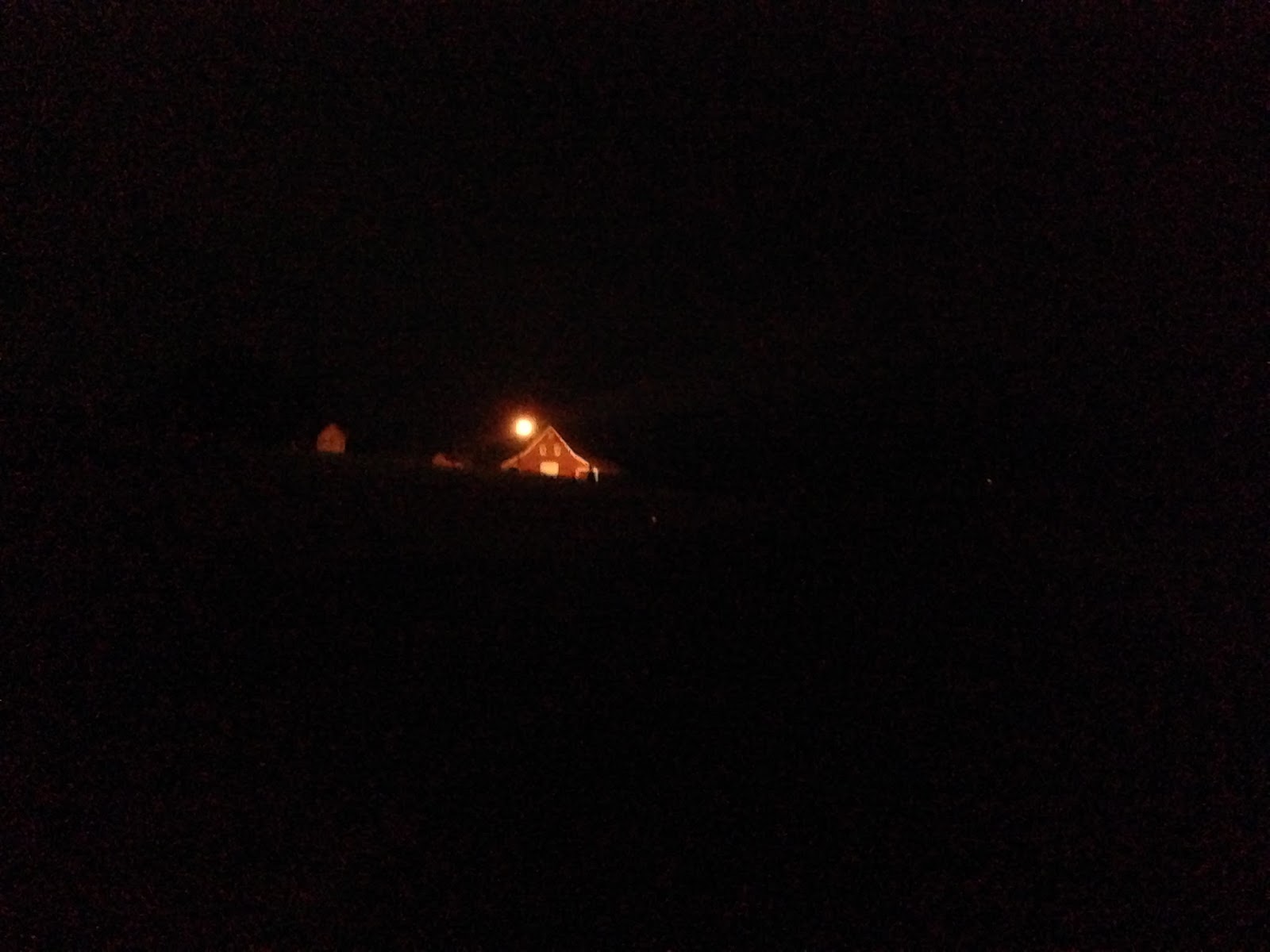 Posted by Wileydog at 9:38 AM No comments: