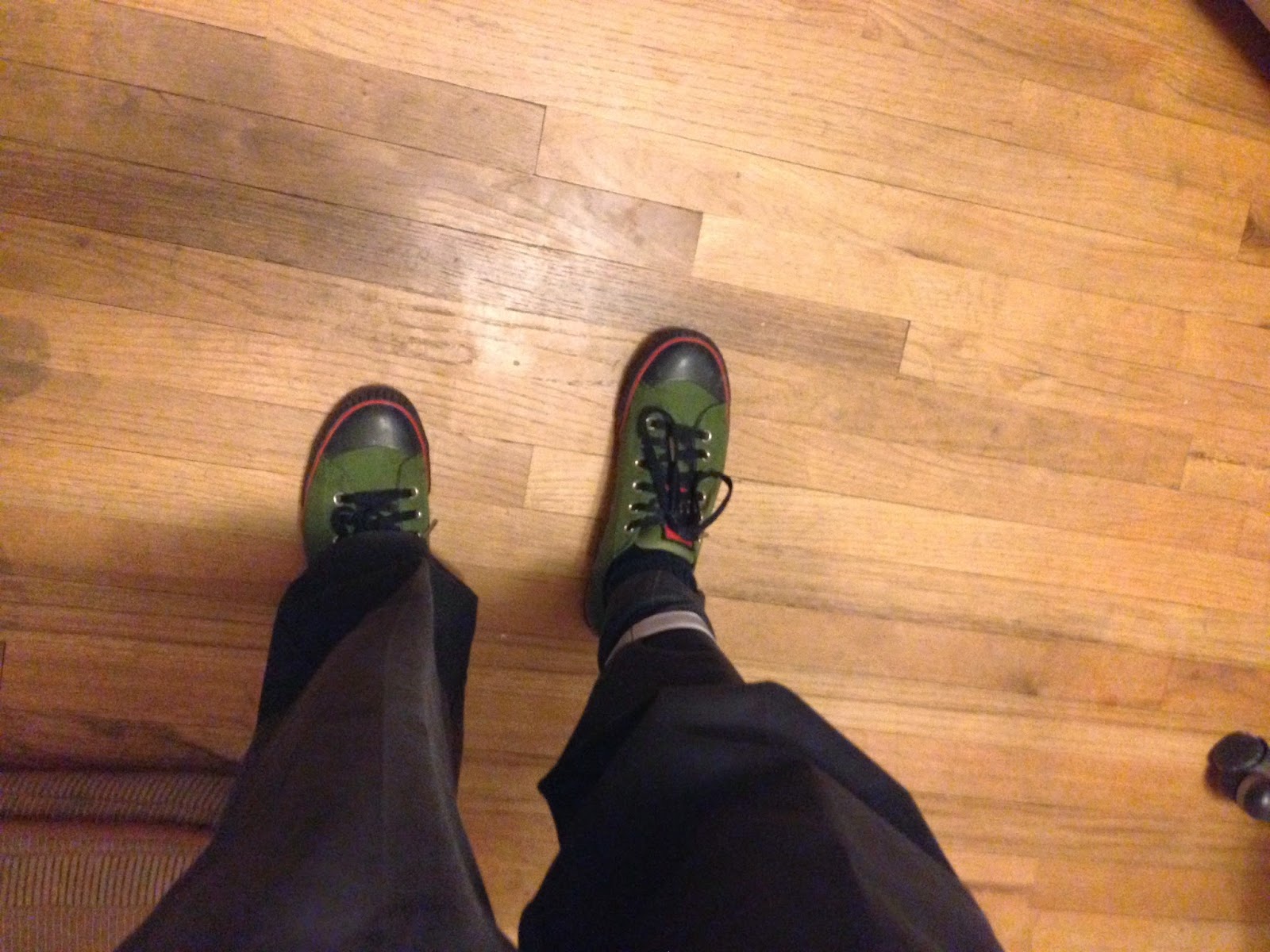 can't go wrong with Dockers and Chrome shoes…
hmm, maybe you can
Posted by Wileydog at 6:58 PM No comments:

Let's see, a week ago last Friday, I took another jaunt out to Martin Rd Trailhead.  I'm kind of embarrassed how long I was out there, so I'm not sure if I want to link you to the garmin track. But my purpose was to write down the street signs and turns, so I did a lot of stopping and noting down with pen and paper and make a cue sheet for this route I'm working on.  I guess that's what's garmin, maps and computers are for, but when you get out there with tires on the ground, it turns out the road signs call a road one name and the maps/garmin call it another. (I don't know how emergency crews handle this area.) I'd been thinking about putting a group ride together and wanted to get a cue sheet made.

The plan was to go on the ride I planned on doing in August but ended up cutting short (Martin Rd Bikexpedition) because I got sidetracked. Go down Cree, to Stoner/Swift, to Dewey, then Cordell and down Belsby past Rock Creek, to Hole in the Ground Rock past Pine Creek circle back to Belsby, back up Belsby to Mullinx, then a little different route than the way down to Reed to Spuler back to Cree Rd.  All gravel/dirt roads. I ended up skipping Spuler Rd (aka Reed Branch Rd #2 or #1 and another name I forget) on the way back and taking Reed Rd up to Martin Rd. Otherwise I think I have a 50+mile route.

Took a few pictures with the phone, and was surprised a couple turned out pretty nice if I may say so myself. I started at Cree Rd again and after 1.98 miles came to Swift (aka Stoner) and went right.  Cree goes left, but it might also be called Elliott Rd on maps here before it becomes Cree Rd again. And maybe Elliott road again. Saw some bike tracks on Swift Rd - might've been the same ones I saw last time - so there are other bikers riding these roads.

About 13 miles in, the turn from Dewey Rd to Cordell Rd. 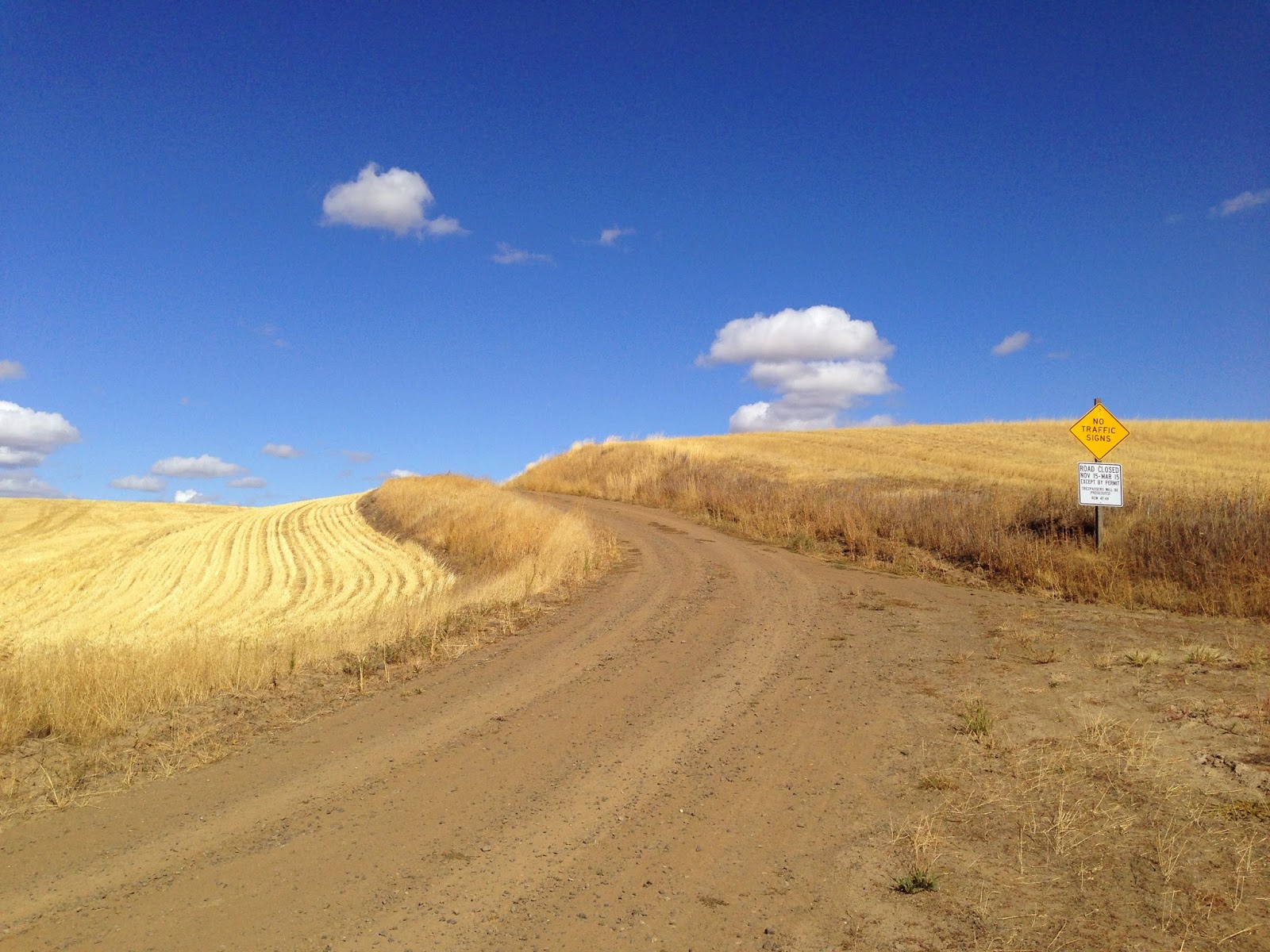 I always like the ride down Belsby to Rock Creek, but it's tempered by the fact you have to ride back up: 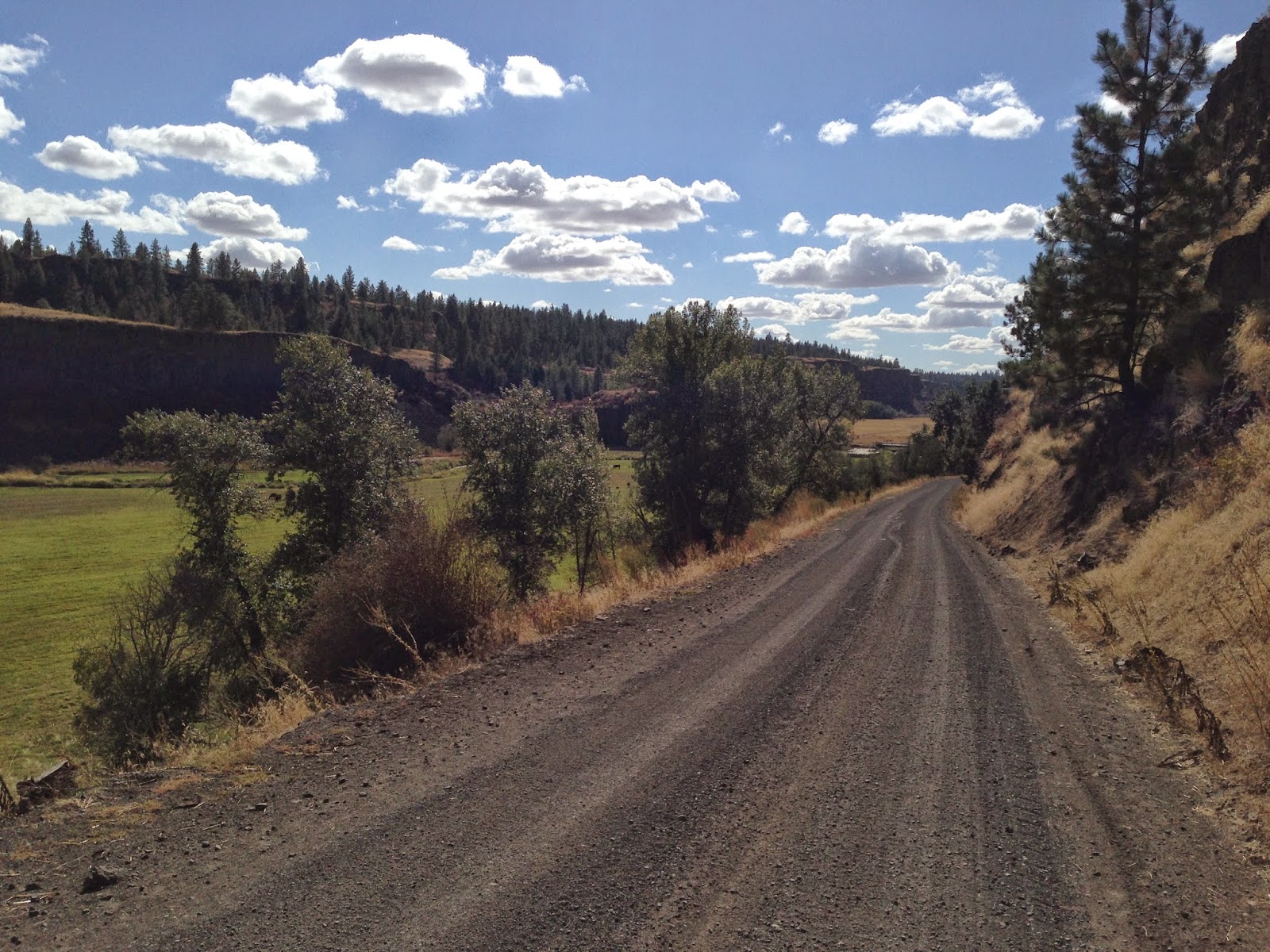 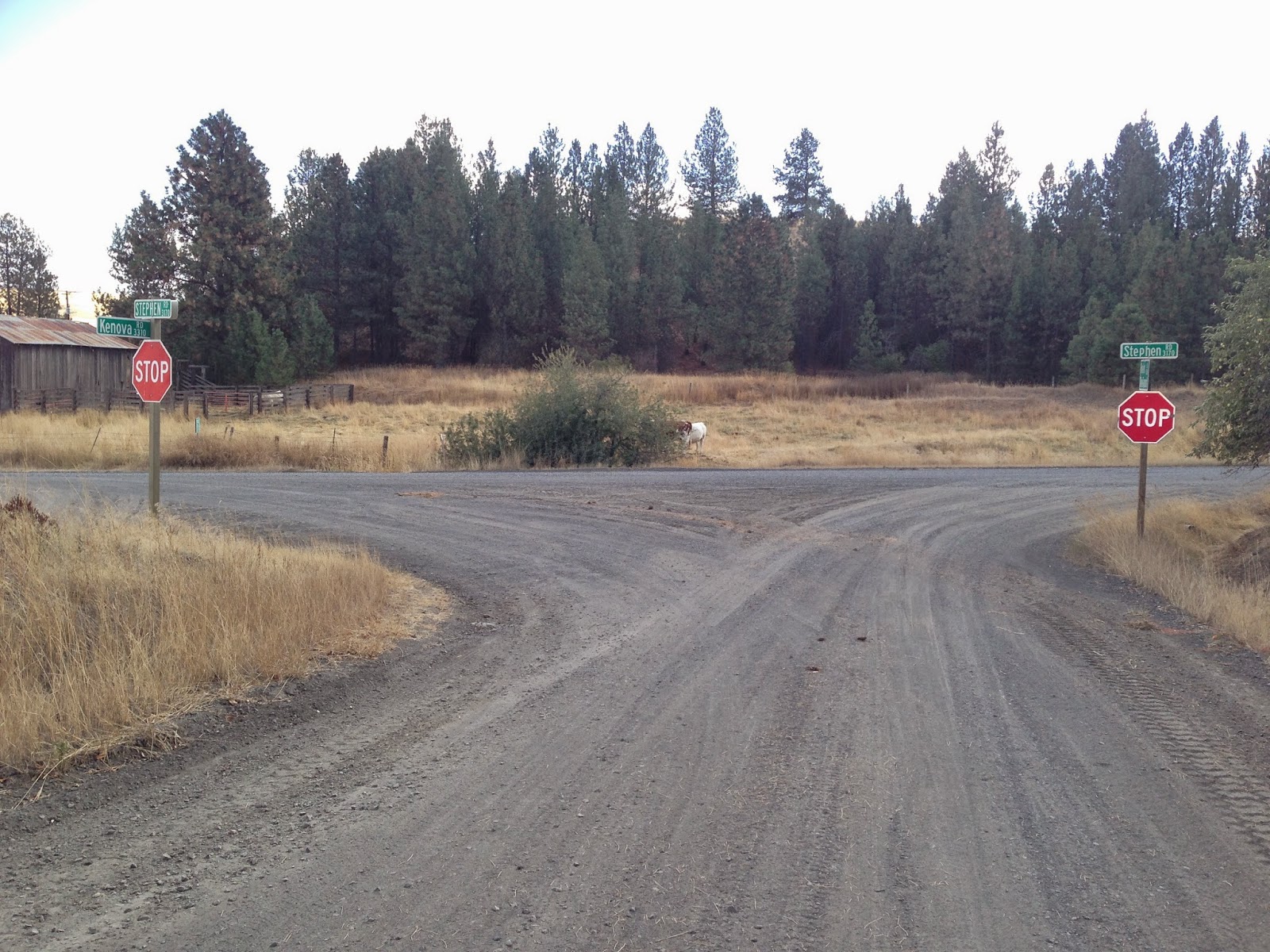 After looking around I found Kenova parallels Hole-in-the Ground and took a 180 degree turn onto Kenova here.
Kenova, like Hole-in-the Ground, crosses the John Wayne Pioneer Trail.  Thought about taking the Trail back to H-i-t-G (I have the permit but didn't have it with me, but don't think it would've been a problem to hop on the JWPT), but it looked like Kenova would take me back to Belsby, which it did eventually: 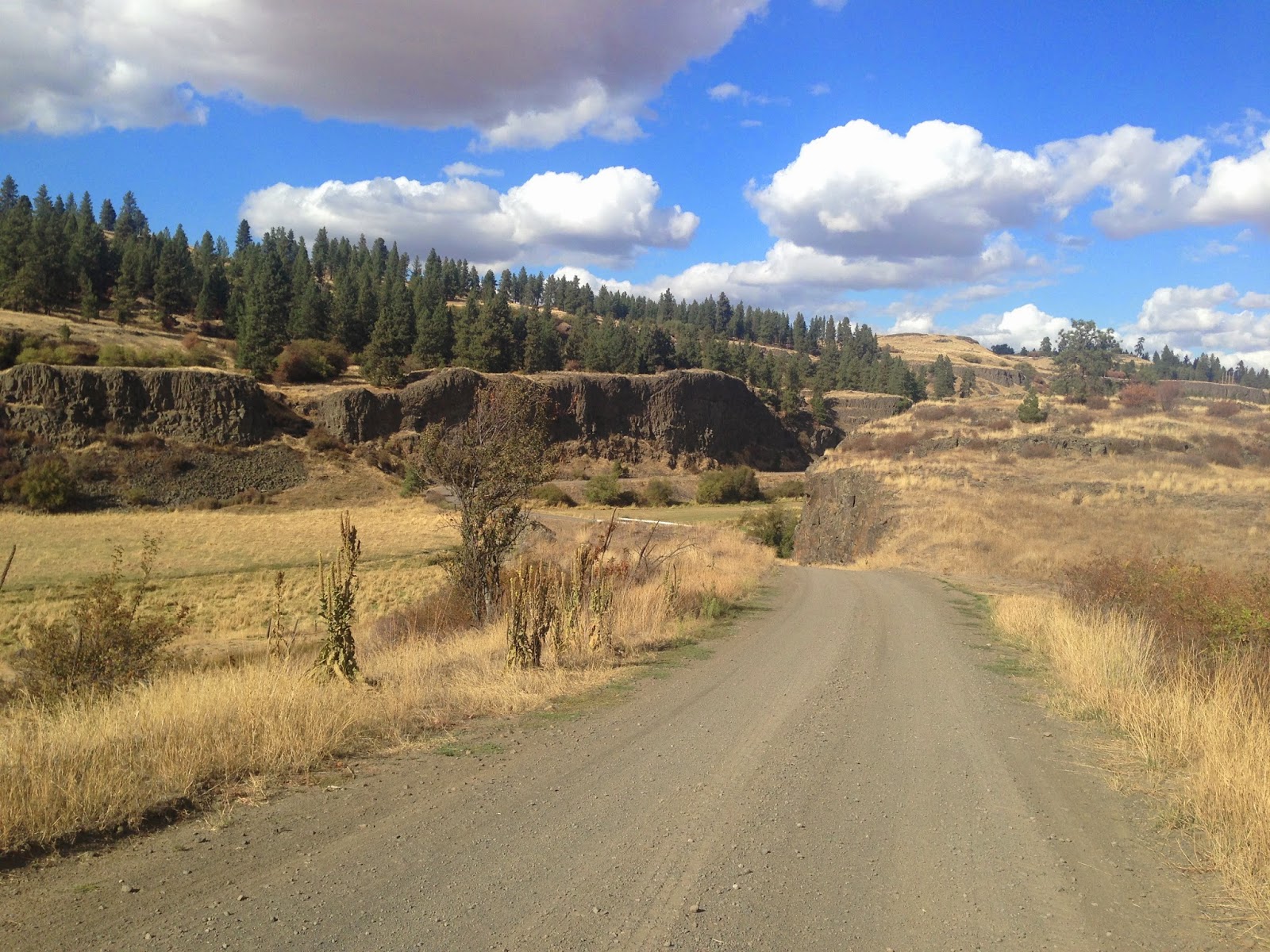 Let's just skip to the nice pic.  Riding back to the trailhead on Martin Rd, I saw some deer crossing the road up ahead so I hung back and waited as what turned out to be a herd cross. 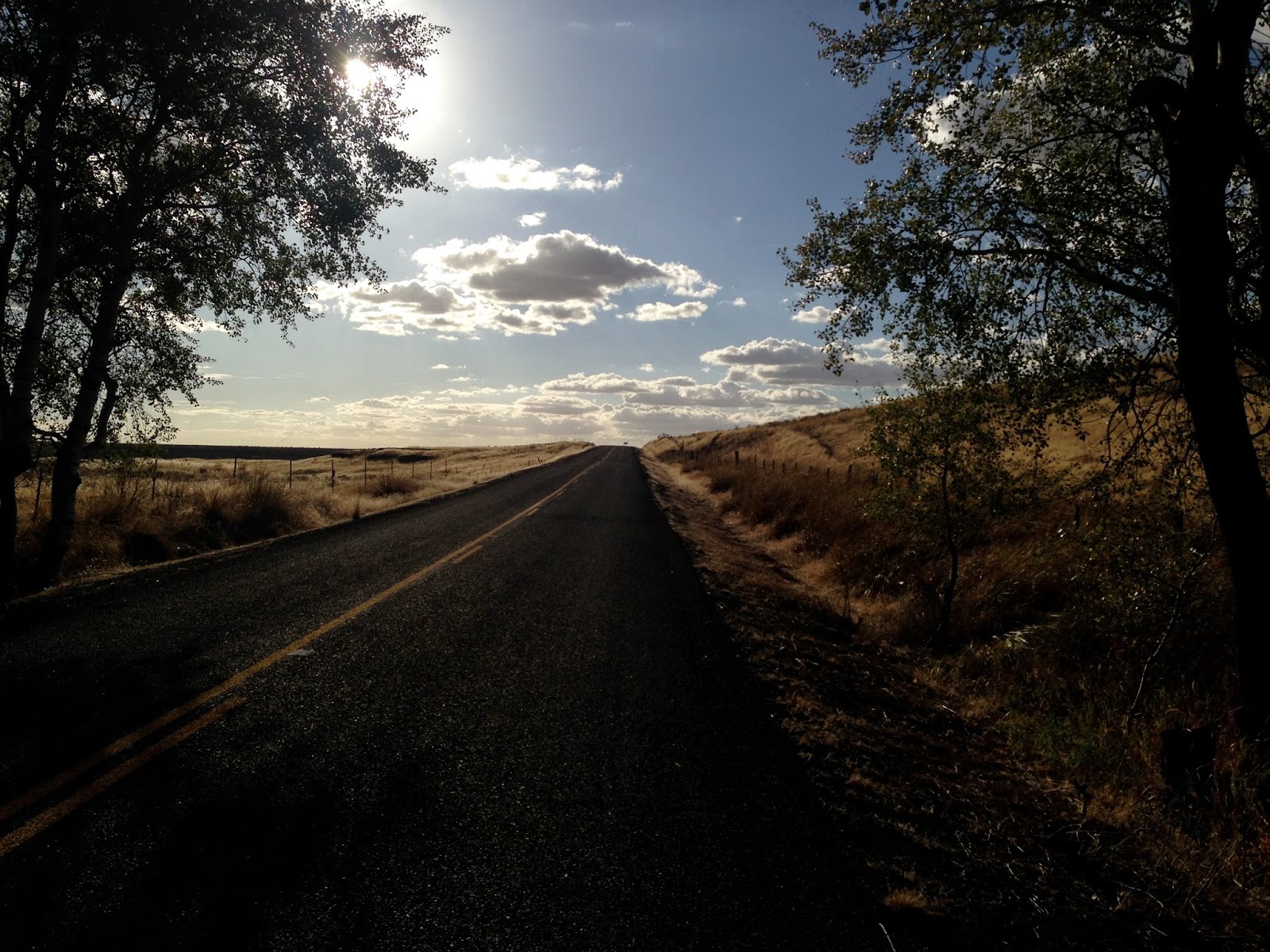 And more deer, would've been good to have a better camera with zoom: 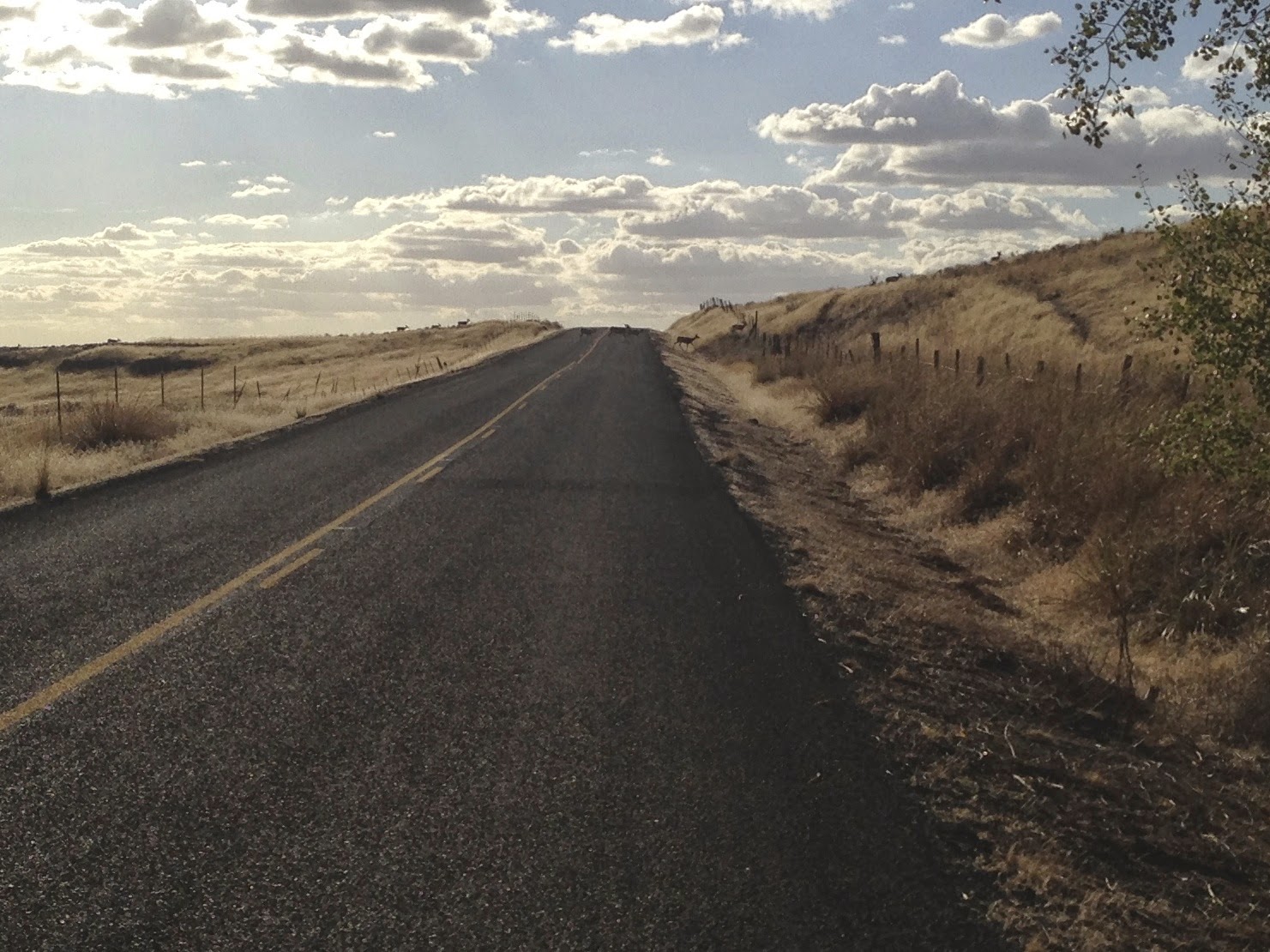 These are my notes I'm committing to the interwebs before I lose them.

Abrupt ending to blog post here.
Posted by Wileydog at 8:07 PM No comments: