still working from home but i try to get out on the bike a couple times a week, some weeks maybe just once. a couple 15-20 milers on the weekends. luckily, i walk our dog dash most every day on lunch so i get some exercise. still, i don’t think i’ve made a dent in my ever expanding waistline. i think my metabolism rate has slowed down to almost nothing. 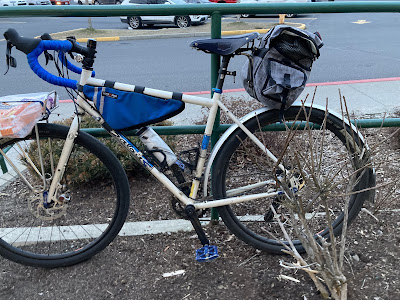 a trip downtown to the ol’ office building to pick up some supplies, and stop at nike store for some walk the dog shoes. i didn’t feel like locking my bike to the tree out front and the good folks/kids there kindly let me bring it in. i pronate when walking and am always on the search for comfortable shoes that i won’t wear the sole down on the inside. vans aren’t the best walking shoes and i often resort to hiking-style walking shoes for dog-walking (not recommended for the pound your feet on the pavement quick walks we do). 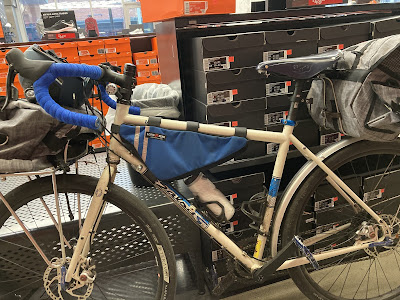 at the above mentioned deserted slightly dystopian looking office. hey where is everybody. 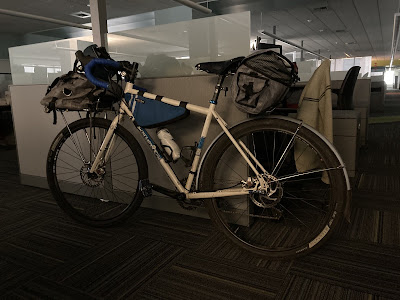 this might’ve been same trip, when i almost biffed it on a light sheen of almost-ice on the monroe street bridge. 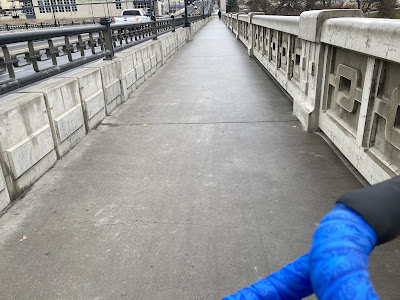 whoa what’s going on here? oh yeah, a trip to ups after selling one of my concertinas. this one was a hybrid style with accordion reeds that i no longer played after buying my kensington concertina with real actual concertina reeds (there’s a whole wealth of info out there on the physics of free-reed instruments that gets complicated pretty fast and i don’t really understand). i was planning on keeping it as a backup or for taking out but the playability and responsiveness pales in comparison to the k. after sending the kensington in for its free tuning touch-up and getting back in excellent improved condition, i had no reason to hold onto this hybrid that had been sitting in the basement closet for a few years. also, i’ve been in trim the fat mode at the homestead. too much stuff. 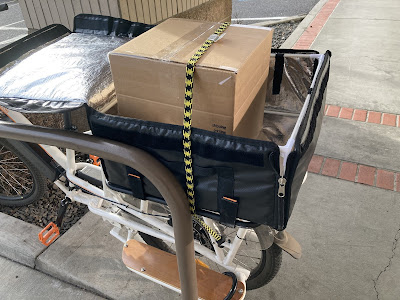 another ride planned mostly for the street that involved going off-road, like usual. 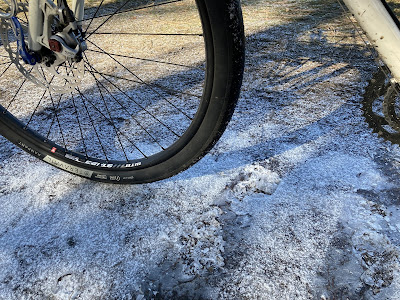 same ride, i’m not sure what that branch was doing blocking the entranceway, if it fell there or was placed there.  i moved it. 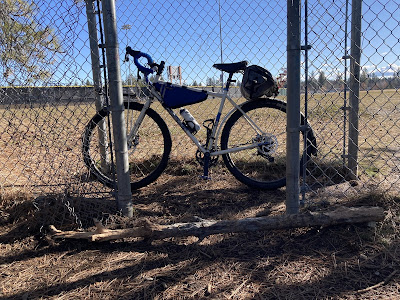 next-up: gran fondo ephrata doing the 9:40am start for the 45 mile medio version on 27 march. i had just talked myself out of doing it after hearing the ride was a go this year, when a bike buddy texted me and said he had signed up for it. plenty of spots left, darn. hoping to make it in before dark.

Posted by Wileydog at 5:40 PM No comments: