A Radwagon Tour of Spokane

hey look what the drones dropped on my front porch! 72 pounds of bike material. 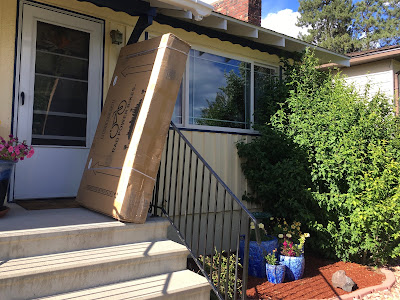 Which after a little assembly by me, and a once-over by Grafton at Velofix, turned into this: a Radwagon from Rad Power Bikes:
I have a front rack, platform, and side bag on order, but in the meantime this is how I’m rolling it. And roll it does. On my first spin around the neighborhood I was like a little kid, with a gee whiz this is cool feeling.  The bike has 5 levels of pedal assist and also a throttle for an extra boost. There may be some drag without any pedal assist, but I don’t notice it on flat ground.

I took it for a longer test ride and planned a route with hills to test out the pedal assist. First up: Pettett Drive, aka Doomsday Hill. Zipped right up it trying the first 3 pedal assist levels, and also without, using just the lower gears on the 3x7 drivetrain. 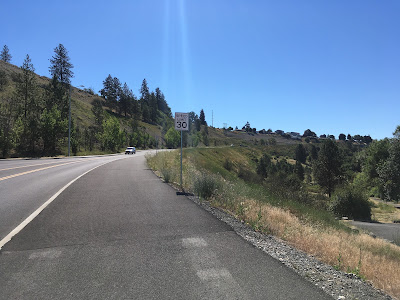 No hill, just the Centennial Trail in the Kendall Yards neighborhood. 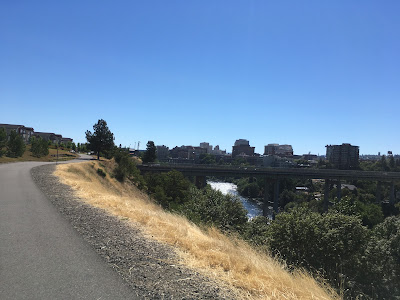 Heading up the Ben Burr Trail 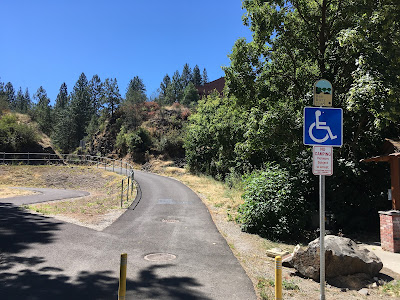 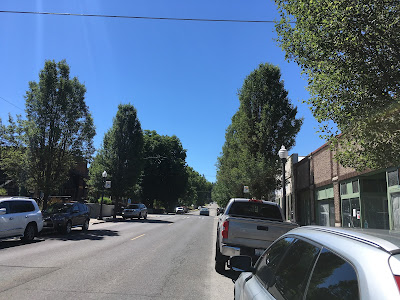 Southeast Boulevard, heading up the South Hill. Not a real difficult climb, but the pedal assist is real nice and would be even handier with a heavier load. 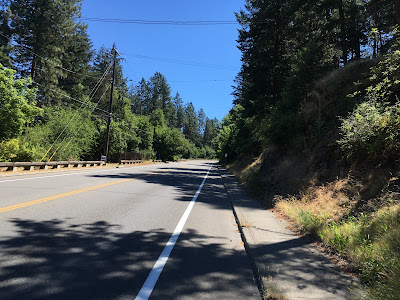 After SE Blvd, I biked on some streets parallel to 29th Ave until I could get to the 29th Ave bike lanes further, ummm, west I think. It was funny, the battery level at this time showed 4 out of 5 bars, and after going down a little hill it went back up to 5. Hmm, must be something wrong with the gauge. Then I remembered, oh yeah the bike has regenerative braking! Every time you brake, it helps recharge the battery.  Cool! The gauge went back and forth for awhile until I charged it up more biking down the hill on various streets like Jefferson and Adams.

By the time I got home, I'd biked 31 miles and only used a bit of the battery. The bike is billed as having a 25-45+ range, so it all depends on how much you use/need the pedal assist or throttle. 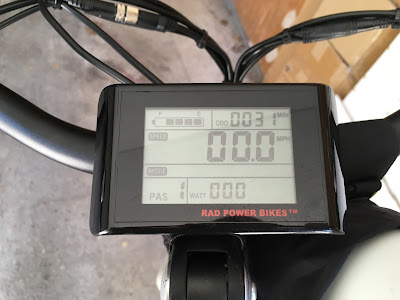 I really like having the throttle when crossing streets after a stop because it gives you a little kick and gets you across quicker. It was easy getting used to using the pedal assist and throttle, although I find myself in a battle between using the manual gears, or just leaving it in a mid-gear and adjusting the assist or using the throttle as needed.

Rad Power Bikes only sells direct, and I wasn't able to try one before ordering. I did a little research beforehand and it seemed the battery and motor were equivalent to, or better than, other more expensive  E-Bikes. I was a little worried about the seat height because the pictures show it as really low, but I was able to get it high enough for my liking.  The 3 x 7 drivetrain isn't a good selling point, especially since I hate 3-rings.

Overall, I'm pretty happy with it. I'd like to bike it to work because the extra power would help biking home on these long, hot, summer days. It's going to be a pain getting it int the elevator and thought the doors at work, though.