So while Debbie was running with her running group a couple Saturday's ago, I checked out the Dwight Merkel trail to Riverside.  I was getting tired of taking Downriver Drive to the park and was hoping other people had stomped down the snow on the trail enough to ride on.  No such luck: 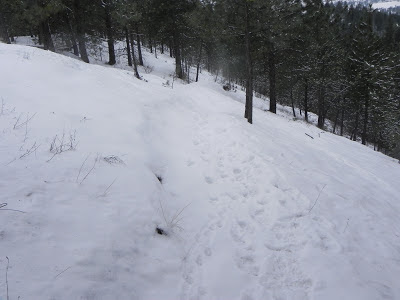 I started walking down. It looked foolhardy to try and ride.  So I tried to ride it anyway after walking a bit.  Didn't work out too well.  But I was able to mostly ride down the final section: 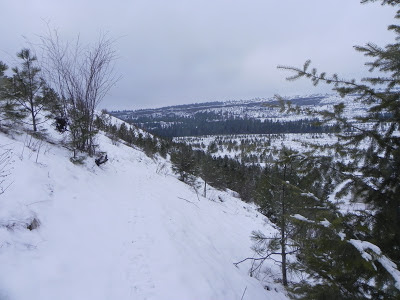 Some pics after I made it down off the hill, showing the effects of the big fire from 15-20 years ago: 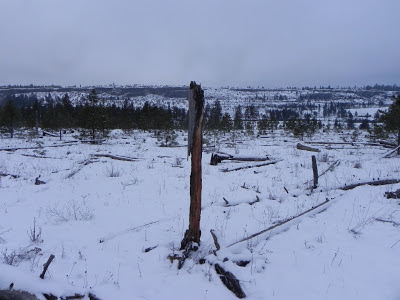 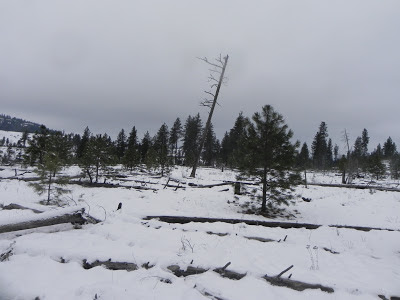 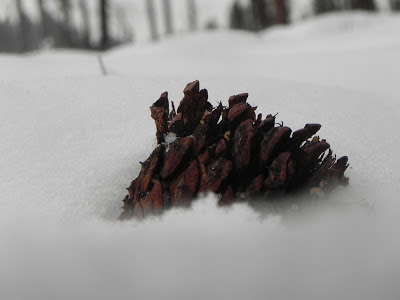 I made it out to 7-Mile by taking Aubrey White Parkway.  Found some trails that I rode the week before were no longer rideable by me; and got stopped by an official at the Wilbur Rd Trailhead.  The area was closed due to Search and Rescue training.  I asked him if the dirt trail (#25?) below the Centennial Trail there was open, and he said "that I don't know".  I was hoping some bikers had packed it down, but that wasn't the case, so I turned around.  You know, they should make a certain type of bike especially for snow riding.

This has been yet another January Blog Clearance Post
Posted by Wileydog at 11:39 AM