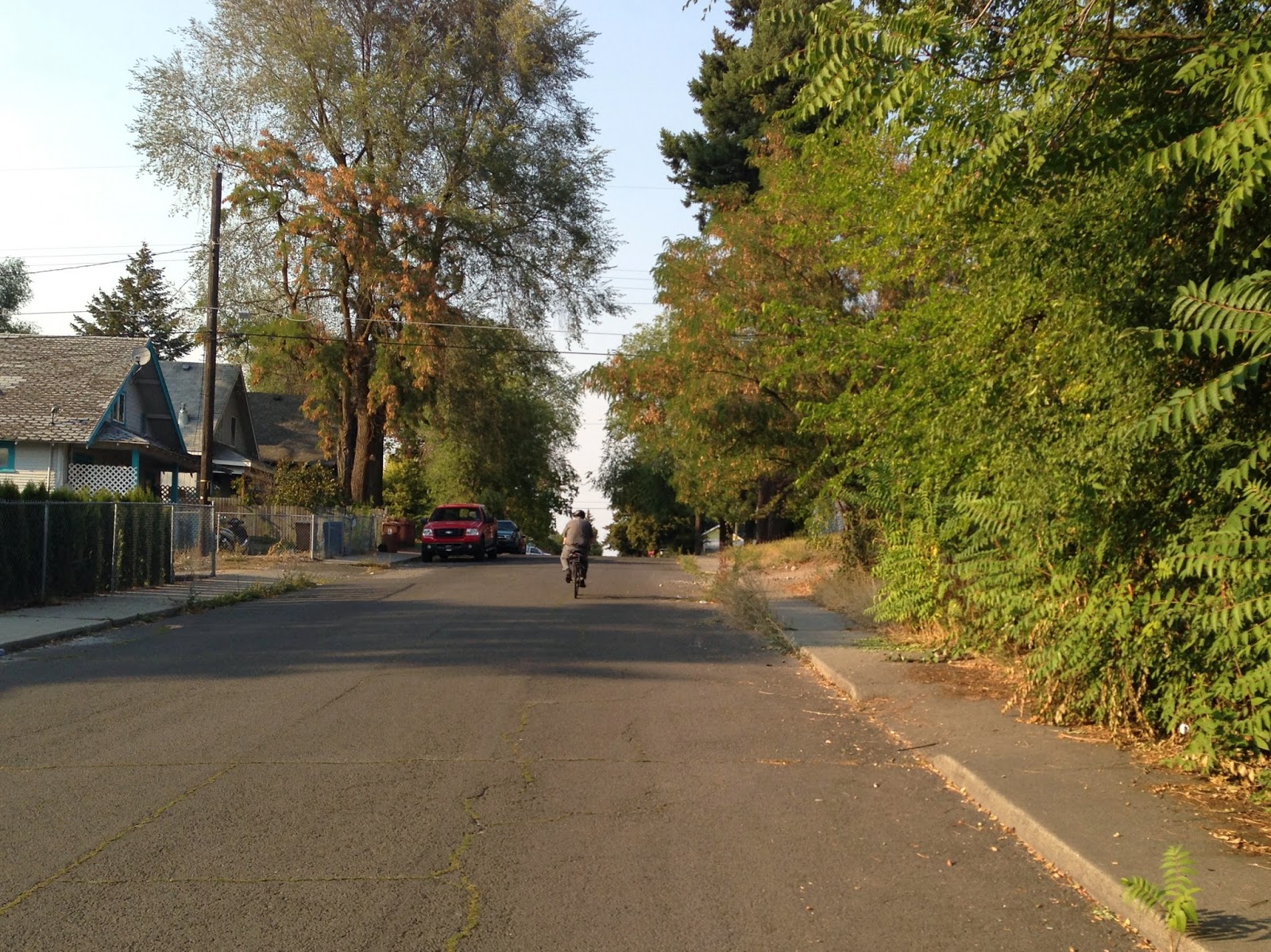 The guy in the picture above - I slowed down and debated about passing, or turning off, or maybe even being sociable (me?) and make a little small talk.  Eventually, I turned off at the next intersection.  It seemed rude to pass going uphill.
Posted by Wileydog at 4:07 PM