That's alright. If you like that sort of thing.

I might be a little hard on bikes, so here's some close-up photos of my not so Beautiful Bike.


That stark white paint patch is not so good. I decided to use it to protect the frame until I find a better match.
bad cheap fender line:
The specs for the Vaya say it can has fender clearance for tires unto 38mm wide, but a guy on the Salsa forum at mtbr.com was able to fit SKS P50 fenders on his bike with the Clement X'Plor MSO 40mm tires. I think I'll give those a try as I don't think I'll be switching to narrower tires soon. The Clements have some miles left in them. 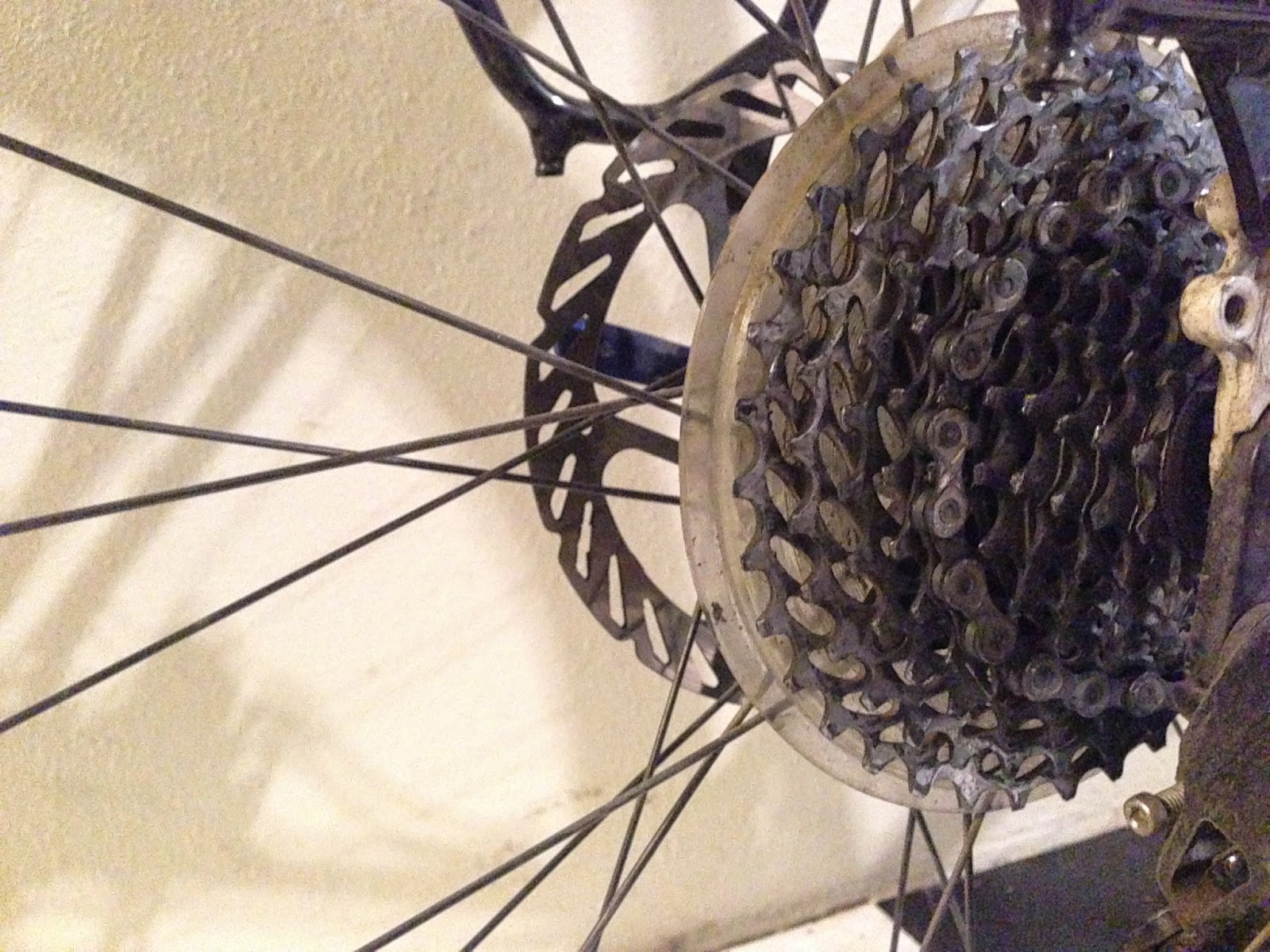 I can't believe I ride around in public like this. Maybe I can take it to an auto detailing place and they can clean it up.
Posted by Wileydog at 7:15 AM