Well look what I found in my drafts - a one sentence post started Oct 30 about a ride in mid-september! I’m going to do my best to finish it and get another post up before the new year.

I headed out to the Martin Road Trailhead on the Columbia Plateau Trail for the first time in ages one fine overcast day. It’s about a 35 mile bike ride there from the Fish Lake Trailhead in Spokane: https://ridewithgps.com/routes/ (been playing with the route maker in Ride With GPS). This makes for a good weekend bike camping trip. I was only doing a day trip and didn’t feel like biking 100-plus miles so I drove out there.

My plan was to ride an almost-loop route on the gravel roads in the area that I figured out by looking at my handy DeLorme Atlas and using the RWGPS route maker: take one of a couple ways down to Belsby Rd, turn left onto Long Rd to begin the loop back, then left on W Martin Rd, another left onto one of the dirt sections of Mullinex Rd and back. See: https://ridewithgps.com/routes/37614494. Despite what RWGPS says, this is almost all gravel/dirt roads. 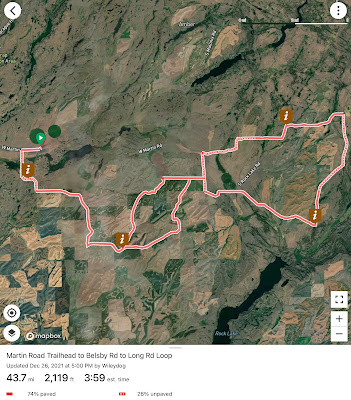 So that was the plan. After parking at the vacant trailhead, I headed out with a backpack on my back and a few provisions. I said hello to a few bulls just a short distance from Martin Road, with the Columbia Plateau Trail in the background. I’m not 100% certain now that they were bulls, but I was glad they were behind a fence. One time I was out here and rode by some free range cattle just as they were crossing the road, which gave me just some mild concern. Bulls are something else, at least the farm kids I grew up with said so. 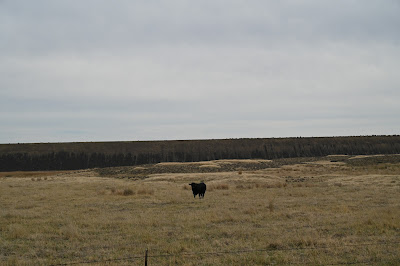 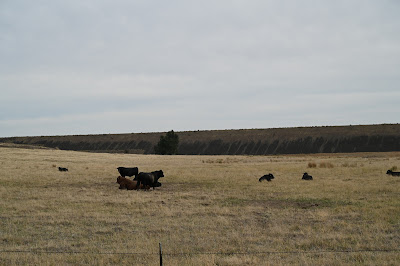 The first few miles or two were tough - the road wasn’t bad, but I was out of shape and had been mostly riding short rides on city streets to work back and forth. A nice view: 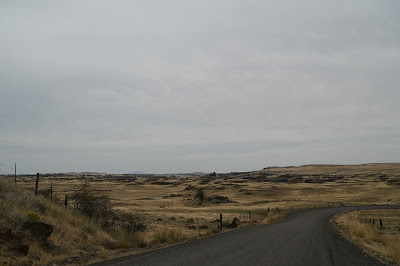 I’m a sucker for old abandoned buildings and thought of getting closer to this one and exploring it. 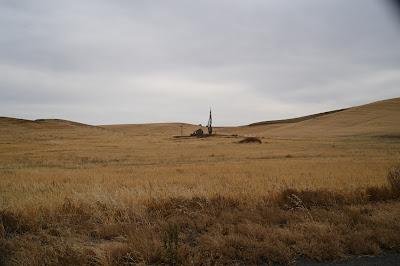 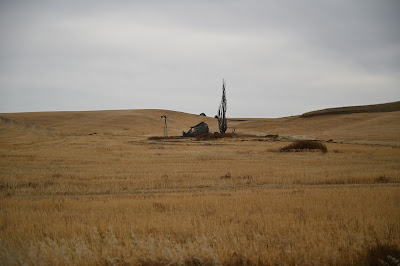 Suddenly I had a sinking feeling. My back felt awful light. No weight on it. Oh crap! Where’s my backpack? With my keys, wallet, and $60 cash? Aargh! I must’ve left it on the ground when I first stooped to get a pic and took out my camera. I turned around and hastily backtracked. I pedaled fast and got a good workout. I’d seen a couple vehicles passing the other way and hoped they hadn’t stopped to pick it up. I finally turned a corner and could barely make out a lump in the road. I think that’s it! 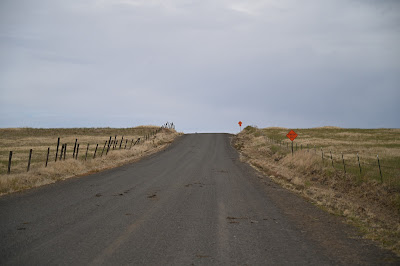 Whew, yes it was and complete with keys, wallet, and cash. By then I was a little worn out, and ditched finishing my planned ride. I headed back to my truck, stopping to visit with some cattle. 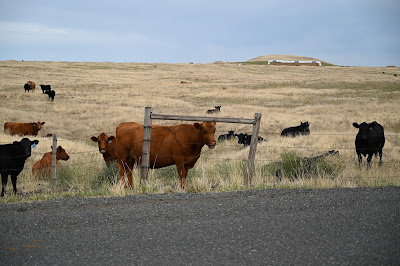 I like riding these roads south of Cheney and wish they were closer to Spokane. I think next year I will finally tackle the Palouse to Cascades Trail again, especially since the Beverly Bridge will be completed. If I start in Spokane instead of taking the train to Seattle, I’ll ride the Fish Lake Trail to Martin Road then down Belsby to connect with the P2CT. Alternate plan is to do an out and back of the eastern section only.
In the meantime. here’s another loop I made to explore: https://ridewithgps.com/routes/37902382.