This and That Photo Dump

attaching a seat to a post shouldn't be that complicated: 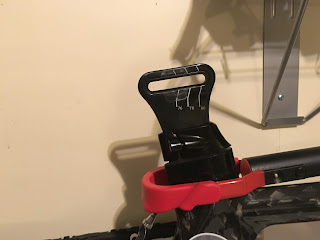 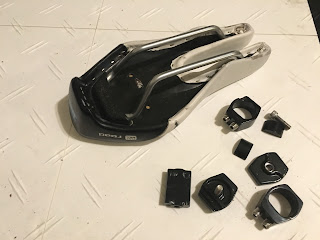 Debbie's Tri bike was loaned out to someone who used a different seat. Still not sure how to put the pieces together. 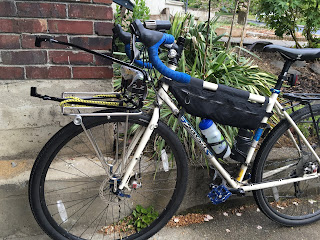 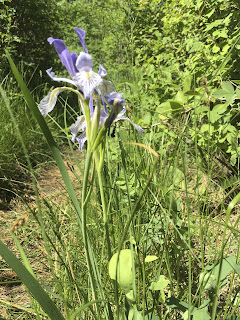 The River Trail below Government Way Housing Devo & MegaChurch of Bad Drivers.  The last time I rode this trail I thought you know I really don't like this trail anymore. Slippery, rocky and boulders in spots.  This time on my Fargo with lower tire pressure it was fun again.  I think I'm actually getting better at it. 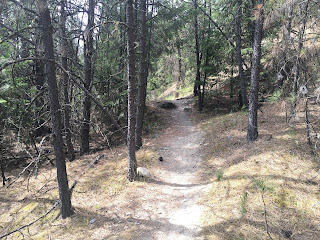 A realter (oops i mean Realtor) placed their open house signs on the Centennial Trail.  Kinda startled me when I realized I was heading straight for one.  I took it upon myself to move them off the trail.  If there's a next time, I will go to the open house and politely tell the agent to keep the signs off the trail, or I will toss them over the cliff. 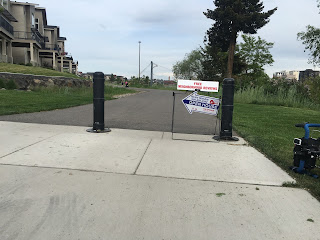 There was a terrible tragedy on the Division Street Bridge where a driver drove his rig onto the sidewalk and killed a bicyclist who was biking on the sidewalk.  A few yahoos in the comments section of the Spokesman Review made the usual comments, which I had to respond to, and took a snapshot of one before it got deleted. 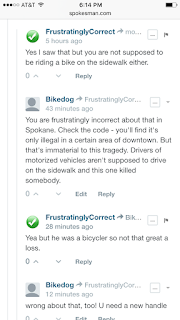 I biked down to the Spokane Trump Appearance one Saturday. Didn't go inside. I was told to get a job, pay taxes (because if you're for Clinton or Sanders, you must be on welfare), and to get out of the country.  A lot of assumptions by the trump followers about us protesters. Also was told that Democrats believe in one party/one nation/one rule (or something like that), And that Obama created ISIS - when I tried to explain the real origins of IS, the guy told me to "know your history, dude".  And one young woman said, "so y'all believe in gay love" and we're going um we can't believe you just said that. She then said "you know what god did to Sodom and Gomorrah".  I said, um that really didn't happen, and she was flabbergasted.  I couldn't help myself, didn't mean to impugn her religion. I grew up in a mainline Protestant denomination in the 60's & 70's - we weren't taught to take the bible literally.  And I studied the Biblical document origins quite a bit when I was younger.  I loved it when she said we're against the 2nd amendment, and the young Sanders supporter next to me yelled out "Bernie's for the 2nd amendment!" 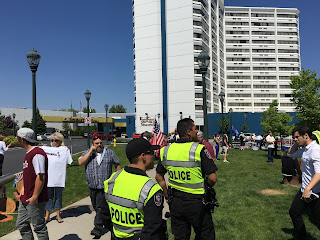 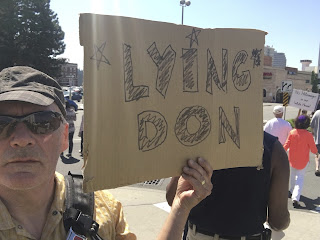 Another That same Saturday morning we biked 10 miles to go to breakfast a half mile away at Downriver Grill.  We found it's nice to have a short ride home after a big meal.: 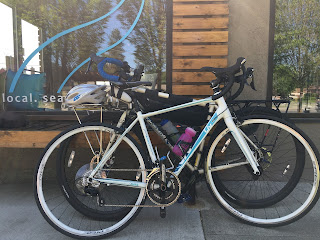 Riding up Pettet Drive while it's closed to traffic.  When finished, there will be a trail up on the hill over to the left, and new pavement with bike/multi-use path on the street, all part of the Centennial Trail missing segment completion. 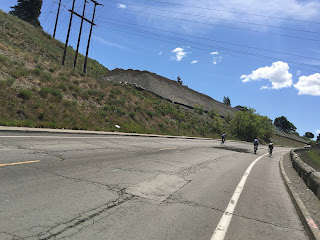 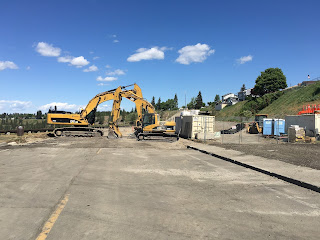 New bike lanes and sidewalks on Rowan Ave.  When the whole Rowan project is complete, it'll be a nice bike ride most of the way to Trader Joe's on Division. 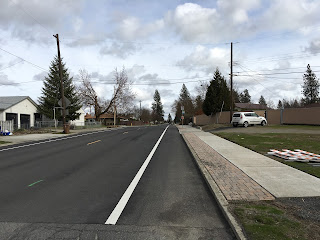 Somewhere up on 5-Mile Praire.  I think. 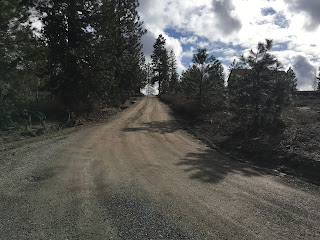 Our dogwood in bloom earlier this month.  I want to tear out more grass from the yard, but there's a bit of disagreement about how much. 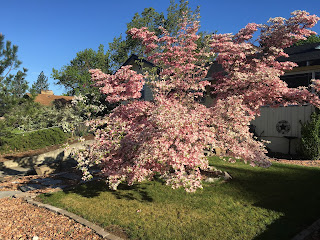