I forgot Saturday was the Global Fat Bike Day until Regional Headquarters contacted me through the underground fat bike channel.  See what happens when you neglect to check in at the FatBike forum at mtbr.com for a month or so.  It's an annual thing, the first Saturday in December, so I don't have any excuse really, but I had other plans with Debbie.  Which I was promptly able to wiggle out of.  Others in the group of 12 or so weren't so fortunate.  It's tough to get everybody together so some went there own ways, and 3 of us - Eric, Pat and myself - were able to coordinate schedules and meet at Antoine Peak's West Trailhead at 11am.

I woke up early to the sound of heavy rainfall and checked messages - anybody going to be the first to bail?  Friday night's forecast said the rain should clear out by 10, and when I checked the radar map early Saturday it, it was going to stop after 8.  That was a good sign, and it appeared we were on.  I packed a little bit of everything and headed out.

From the North Side, the trailhead is a straight shot from Francis to Bigelow Gulch and I arrived a bit before the others.  I expected mud, but the forest/service road from the trailhead was covered in a thin sheet of ice even after the rain a mid-30]s temp.though the temp.  Not promising.  Eric and Pat arrived and we figured we'd give it a try since were there already, and didn't know if our backup Riverside Park would be any better.

Surprisingly, the bikes rode easily over the ice and we headed up the peak.  We were well prepared - each of us had our own flask. We climbed up the peak, and had a blast on the way down. And great brew at 12 Strings Brewery afterwards to top it off.

A few pics, more over at 26InchSlicks. 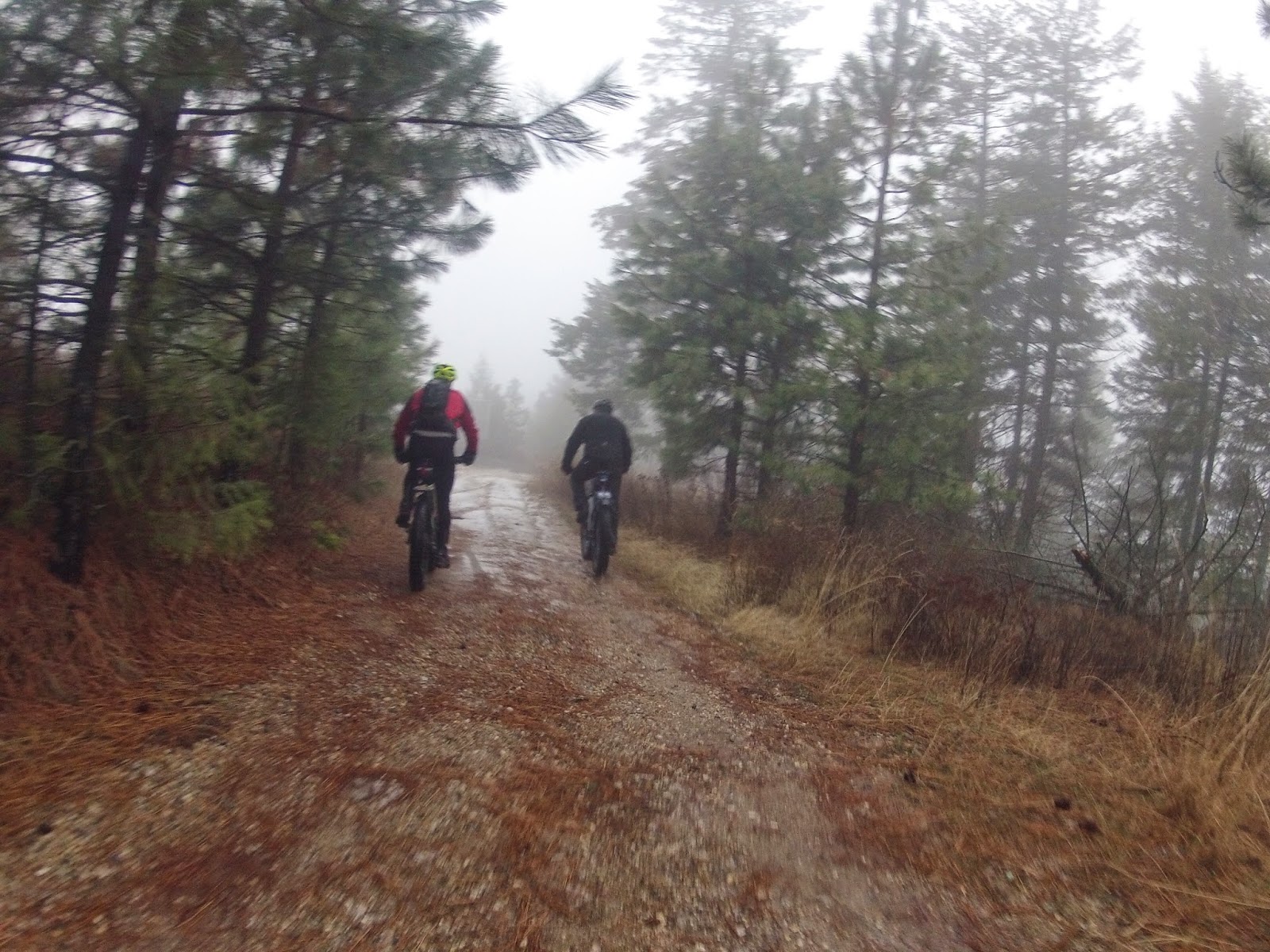 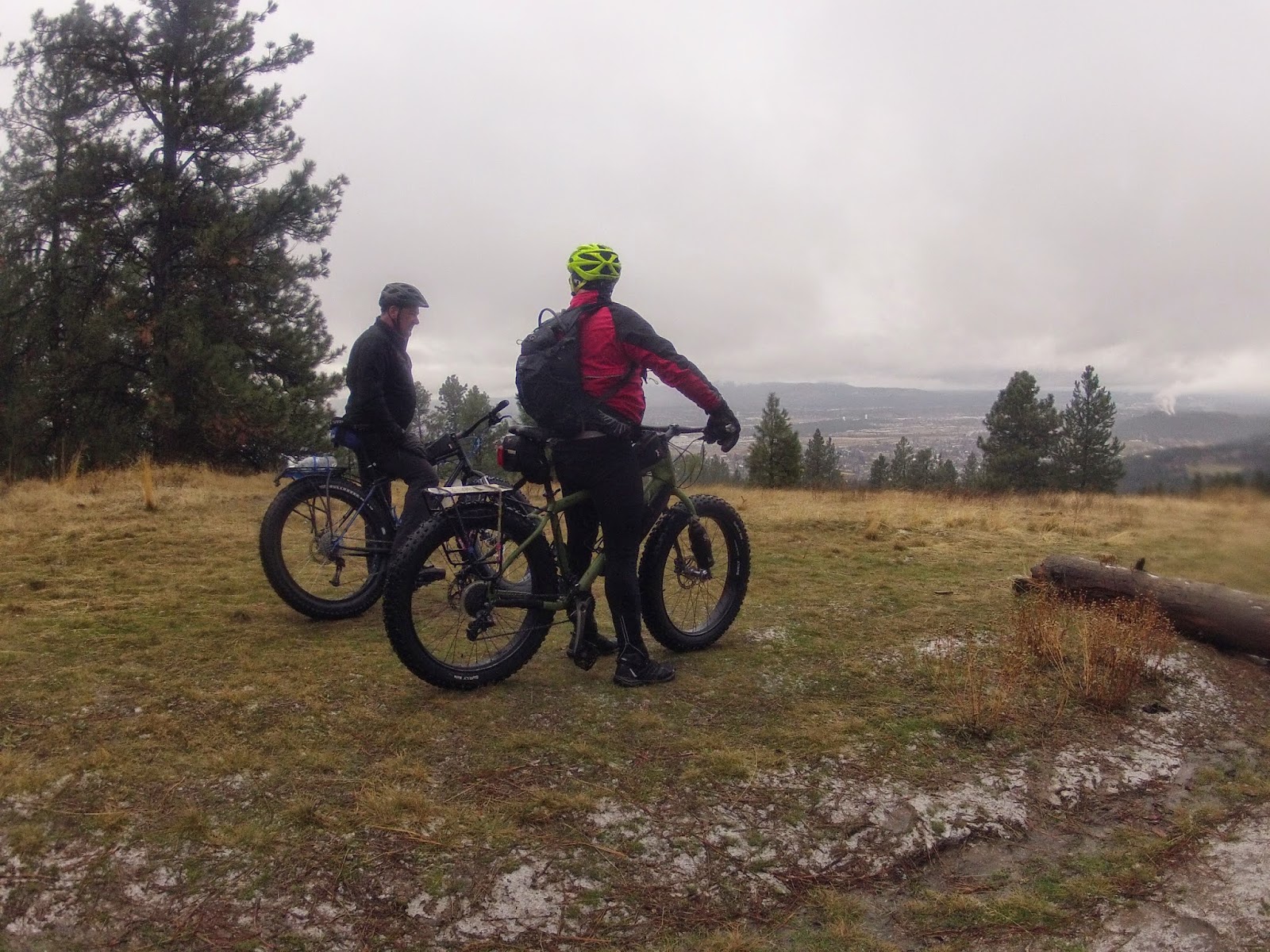 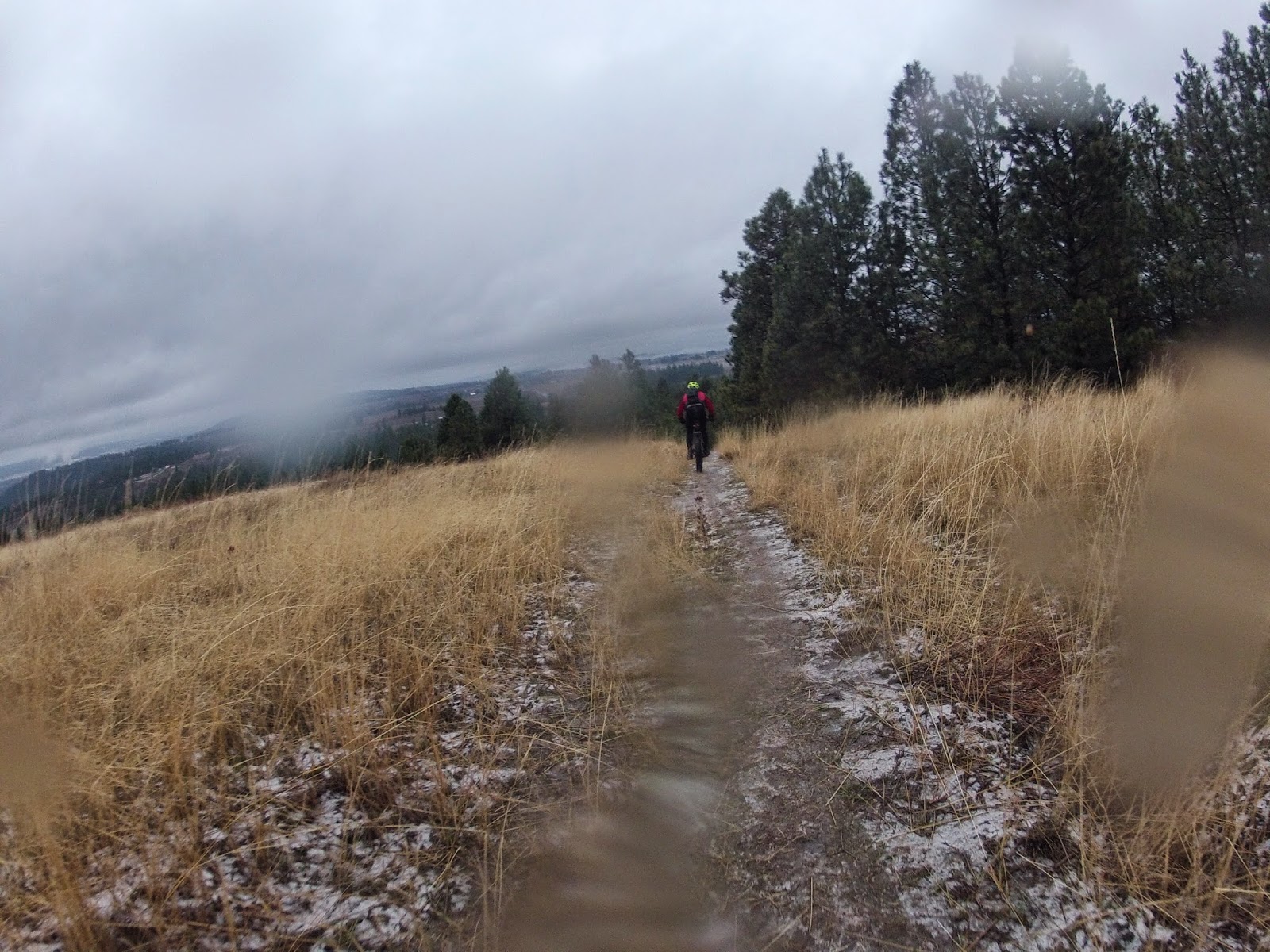